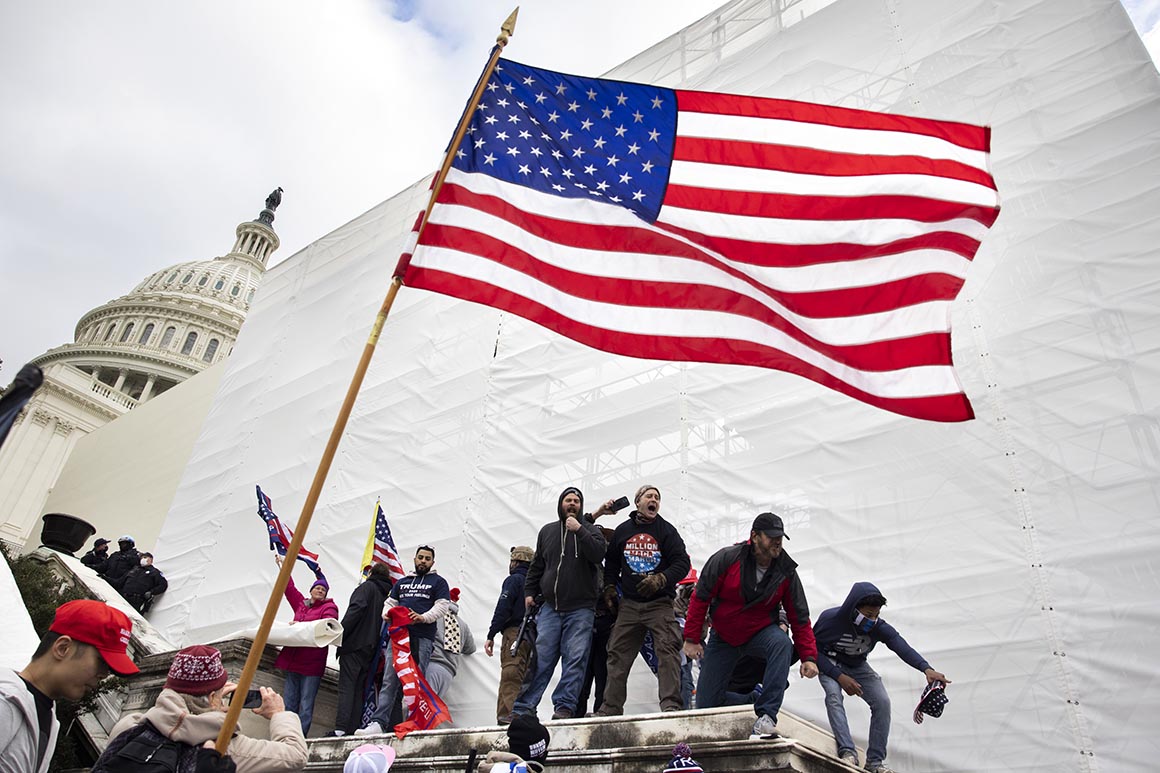 Epps has kept a low profile since former President Donald Trump’s allies began promoting a theory that Epps was a federal agent and helped foment the attack. Their claims stem from videos taken on Jan. 5 showing Epps urging Trump allies to “go into the Capitol” — an exhortation that some in the crowd quickly booed and responded to with chants accusing Epps of being a “fed.” Epps quickly added that it should be done “peacefully.”

Epps was also seen in footage just before 1 p.m. on Jan. 6 at the front of a line of Trump supporters who were among the first to breach the Capitol barricades. He whispered something into the ear of Ryan Samsel, who has been charged as one of the first defendants to breach secured Capitol grounds. Moments later, Samsel and others charged through a barricade, injuring a Capitol Police officer on the other side.

But Epps did not appear to join in the violence and his lawyer says “he was never in the Capitol building” — key factors in the Justice Department’s charging decisions.

Part of the theory promoted by Trump supporters is based on the FBI’s decision to remove Epps’ face from a Jan. 6 suspect list six months after the attack. The list contains images and videos of rioters who were caught on camera in the crowd but who have not been identified or tracked by the bureau.

Blischak told POLITICO that the reason Epps was removed was, in part, because he was no longer an unidentified suspect. Rather, he called the FBI on Jan. 8 and “explained his position” after a relative informed him that he had been the subject of news reporting related to the riot, Blischak said

Blischak said he had no knowledge about why it took several months for the FBI to remove Epps’ face from its “wanted” database.

Trump mentioned Epps by name during an Arizona rally on Saturday, amplifying unsupported claims about Epps’ involvement on Jan. 6.

Blischak said he hadn’t heard anything about Trump’s commentary.