Gov. Murphy lashes out at Gaetz for appearance at Young Republican gala 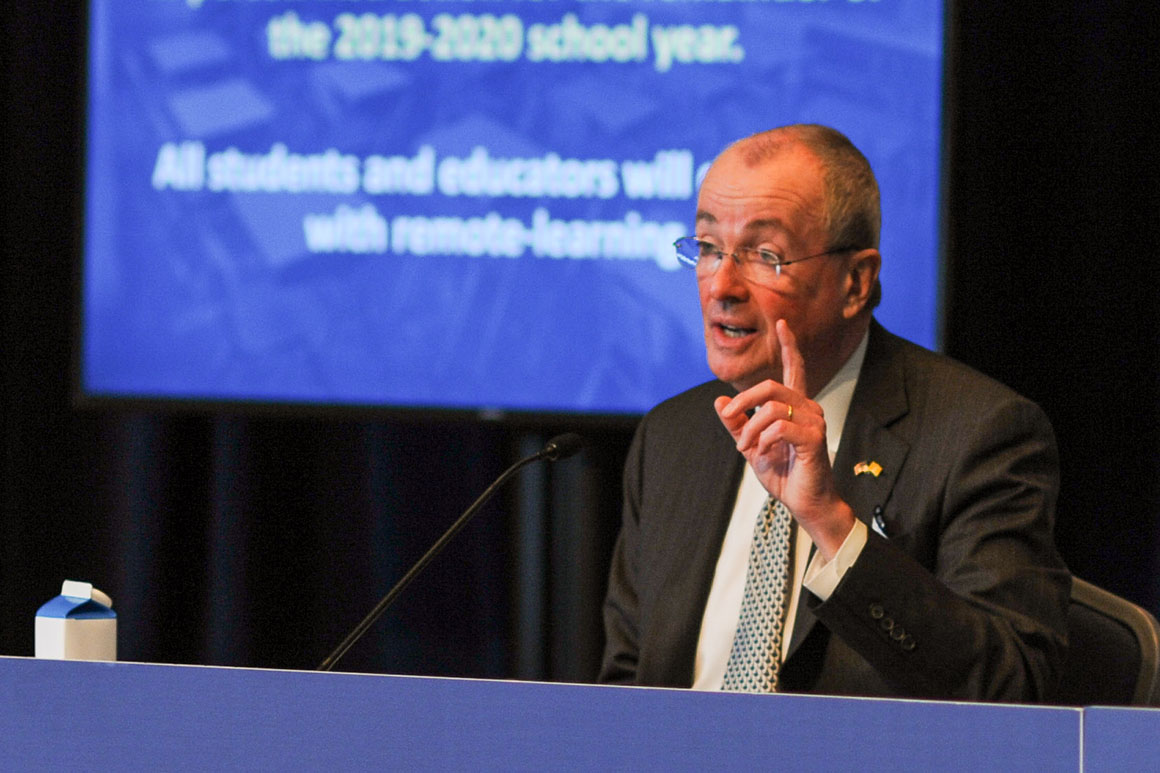 The Florida Republican was the back-up headliner of the event — put on by the New York Young Republican Club — after former Alaska Gov. Sarah Palin backed out of the indoor event. James O’Keefe, the leader of the conservative outfit Project Veritas, was also on the billing.

Gaetz’s profile has grown considerably in the Trump years, as the congressmen is one of his most fervent backers in Washington and frequently spars with critics online. Murphy, echoing the president’s penchant for derisive nicknames, referred to Gaetz as “Matt Putz,” using a term for a foolish person.

“It is obvious being a knucklehead is not beyond the pale for him,” Murphy said while commenting on a photo taken of Gaetz at the event.

Murphy posted almost identical statements on his Twitter account Friday alongside a photo of Gaetz in a gas mask, which he wore on the House floor earlier this year while the chamber was debating coronavirus relief legislation.

“You’re gonna regret this tweet when you move to Florida like the rest of New Jersey,” Gaetz retorted on the social media platform, while thanking Murphy for sardonically praising the congressman’s looks.

“I’m only considered handsome in New Jersey, though,” Gaetz added.

Restrictions on public activity have increasingly become a partisan flashpoint, particularly as winter approaches and more activities are forced indoors. Democratic elected officials in a number of areas also opened themselves to charges of hypocrisy after a series of high-profile incidents.

Murphy said that local law enforcement officials are investigating the matter, and Jersey City Mayor Steven Fulop has ordered the venue, located across the Hudson River from lower Manhattan in Liberty State Park, be temporarily shut down for violating rules on capacity limits and mask wearing.

“What’s disheartening to me is that they facilitated doing this for an organization that was too scared of doing it in New York City,” Fulop told POLITICO, referring to the venue, Maritime Parc. “You’re putting residents at risk, you’re putting workers at risk, and we’re going to hold them accountable.”

Fulop, a Democrat, said his response would have been the same for a Democratic event, but took a shot at attendees for taunting New York Gov. Andrew Cuomo from afar in a tweet.

“There’s no profile in courage there,” he said. “The guy waits two hours after the event, after sneaking across the Hudson, to be a tough guy to Gov. Cuomo … It’s pathetic.”

New York, where the event was originally planned to be held, limits indoor gatherings to the lesser of 50 people or 25 percent of its total capacity. New Jersey limits indoor gatherings to just 10 people, but allows for activities protected by the First Amendment — such as religious services and political events — to go beyond that amount, provided they do not exceed 25 percent capacity or 150 people.

Gavin Wax, the president of the club, insisted on Twitter that the occasion complied with local rules and any “suggestion to the contrary and any legal threats are made in bad faith and politically motivated.”

“As far as we are aware, the First Amendment has not been repealed,” he tweeted.

Carly Sitrin and David Giambusso contributed to this report.