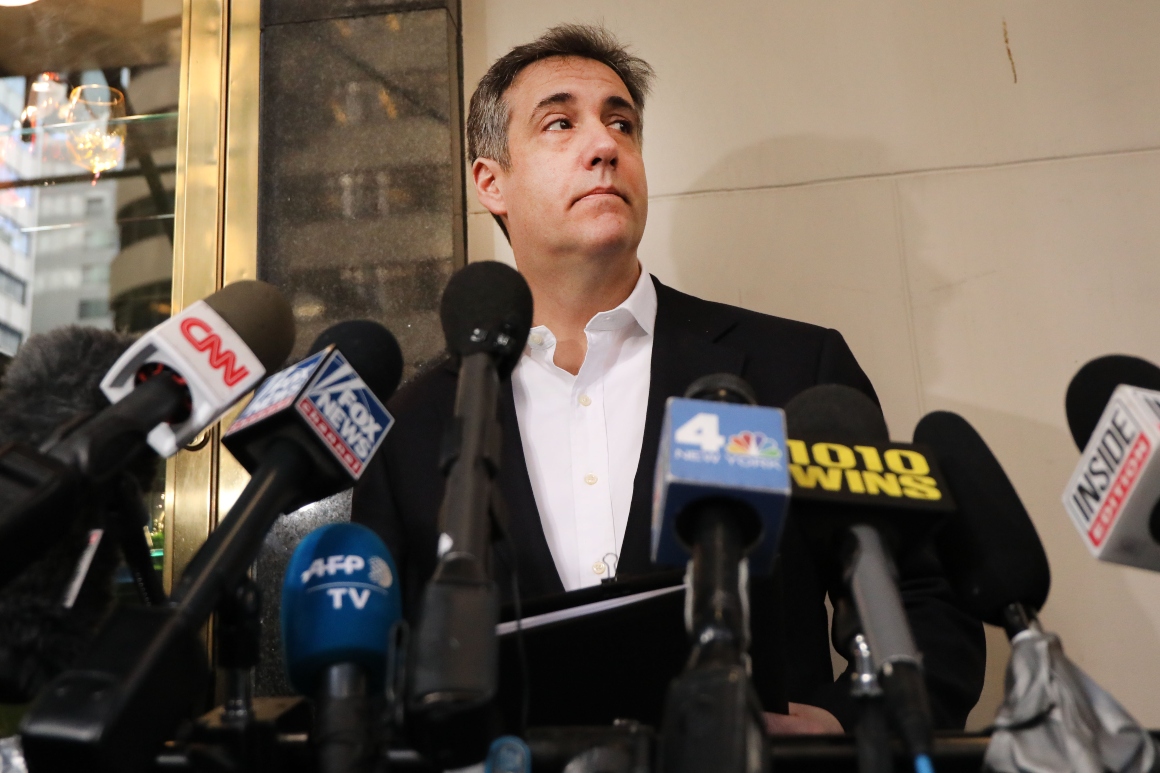 Michael Cohen, the former personal attorney to President Donald Trump, is writing a book about the politicization of the Justice Department and his time in Trump world. | Spencer Platt/Getty Images

Michael Cohen, President Donald Trump’s former fixer who turned against him, is writing a second book, about the politicization of the Justice Department and his time in Trump world.

Last month Cohen published his first book, “Disloyal: A Memoir: The True Story of the Former Personal Attorney to President Donald J. Trump,” which was a number one New York Times bestseller. The first book was about how Cohen thought that Trump was a narcissist and sociopath and that Trump’s behavior is identical to that of a “mob boss.” Multiple entities are vying to adapt that book into a movie.

“There’s so much more to the story that hasn’t been told, tangentially related to Donald Trump,” he told POLITICO in a brief interview on Wednesday. “It is fair and accurate to state that President Trump has weaponized the Department of Justice against those he deems to be a threat thus making it into the Department of Injustice.”