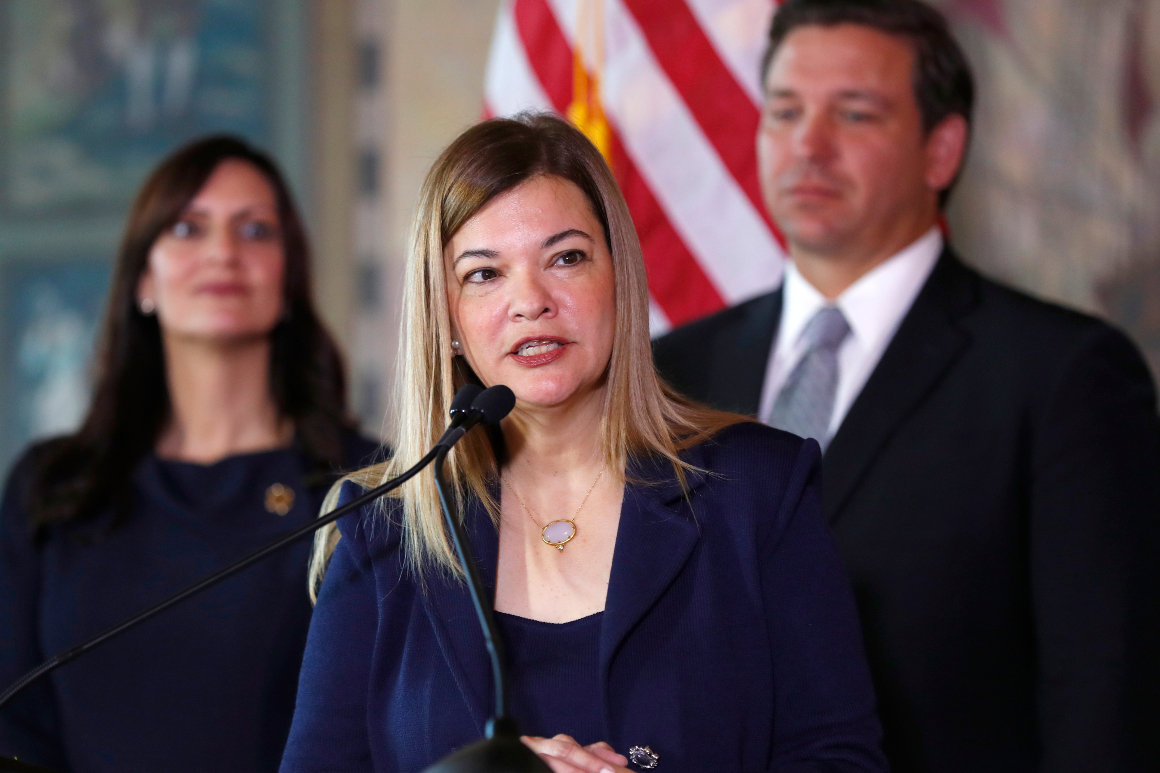 But for Lagoa, a judge on the 11th Circuit Court of Appeals who is now among the top candidates President Donald Trump is considering for the U.S. Supreme Court, the episode became an early cornerstone of her legal career — shaping her philosophy on the role of government and her sense of right and wrong.

While she was not in the spotlight like some of the other attorneys who worked on the case, Lagoa spent time with Gonzalez family members and played a key role in sharpening the legal attack on President Bill Clinton’s administration, which wanted to send the young boy back to Cuba.

“Her nickname in the group was Barbara ‘The Hammer’ Lagoa,” recalled Linda Osberg-Braun, an immigration attorney who worked on the case against deportation. “She hammered the legal points in her legal arguments.”

Lagoa, now 52, herself the child of Cuban exiles who fled from the island nation the year before she was born, was a lawyer at the firm of Greenberg Traurig when she became part of the legal team that worked pro bono on the federal lawsuit. Those fighting to keep Gonzalez in Florida said they worried Gonzalez’s father, Juan Miguel Gonzalez, was being pressured by the Cuban government to demand the boy’s return.

As the case was still progressing in the courts, federal Border Patrol agents wearing body armor entered the house where Gonzalez was living in Miami’s Little Havana and took him away at gunpoint. He was reunited with his father hours later, but remained in the country while the asylum battle continued in the courts. Ultimately, Gonzalez’s relatives lost their case and the father and son returned to Cuba.

Lawyers who worked with Lagoa passionately recall how the case left Lagoa and others “heartbroken” and outraged after the seizure of Gonzalez.

“I think every one of us believed in the case,” said Kendall Coffey, a former U.S. attorney who worked with Lagoa on a federal lawsuit that sought to let Gonzalez remain in the United States. “We were saddened by the outcome and distraught by the paramilitary raid that seized Elian from a peaceful home in the dark of night.”

Our must-read briefing on what’s hot, crazy or shady about politics in the Sunshine State.

That outcome “seared into her soul” the importance of the rule of law, fellow lawyer and friend Eliot Pedrosa said during her investiture to the Florida Supreme Court last year.

Attorneys and acquaintances who know Lagoa said the case shaped her judicial philosophy, which calls for adhering to the “black letter” of the law, as Lagoa herself said during numerous judicial interviews.

At least half a dozen people who know Lagoa did not want to publicly discuss her background, even anonymously, as Trump mulls nominating the judge for the seat held by Justice Ruth Bader Ginsburg, who died Friday at the age of 87. Despite boosterism by top Florida Republicans to put Lagoa on the high court, her strategy differs from Brett Kavanaugh, who had legions of supporters speaking on his behalf when he was up for nomination.

But one long-time acquaintance of Lagoa said that the “case was an example of a government agency not adhering to the plain meaning of the text.” Another Florida attorney who knows Lagoa said she told him the case helped form her philosophy and that her “reverence for separation of powers crystalized as the result of the events.” The two spoke on condition of anonymity because they did not want to comment publicly while Lagoa was still under consideration by the White House.

Lagoa, who has been a member of the conservative Federalist Society, touched on her philosophy briefly during her investiture to the Florida Supreme Court, where she sat for several months before landing on the federal appeals court last year. She said her parent’s refugee experience shaped her thinking on the law.

“We understand what it means when individual liberties, respect for private property and basic human rights are abandoned by government,” Lagoa said during the ceremony, held May 2019 in Tallahassee.

Lagoa was the first Hispanic woman and first Cuban American woman to serve on the Florida Supreme Court, to which she was nominated by Republican Gov. Ron DeSantis. Lagoa also spent 12 years on a state appeals court after an appointment by then-Gov. Jeb Bush. She authored nearly 500 decisions and weighed in on thousands of others.

Lagoa has ruled against the government at times, notably in a case in which the state appeals court tossed a drug conviction after concluding police did a warrantless search. But, twice on the state Supreme Court, she authored opinions upholding DeSantis’ powers to suspend public officials by contending the state Supreme Court was limited in its ability to review such actions.

Lagoa was part of a federal appeals court ruling this month that upheld a contentious Florida law that requires felons to pay outstanding court debts in order to be eligible to register to vote. A group of Democratic senators — including vice presidential candidate Kamala Harris — said Lagoa had an obligation to recuse herself because she had sat on the state Supreme Court when it considered a different case tied to the law.

The decision to push for the removal of Gonzalez 20 years ago by federal authorities — including then Attorney General Janet Reno, the former Miami-Dade state attorney — enraged the Cuban American community. It seeped into that year’s presidential race and is viewed as one possible reason that then Vice President Al Gore lost to George W. Bush. Bush defeated Gore in Florida by just 537 votes after the U.S. Supreme Court halted an ongoing recount.

How much of a role it played is up for debate, but in a year when the election was essentially tied, every vote counted.

The Elian Gonzalez debate “happened in the spring and there were many other factors influencing the election after that,” Jeb Bush, who was Florida’s governor at the time, said in an email to POLITICO. “But how the Clinton administration took the kid out of the home in Little Havana did not help Al Gore.”

Now the Gonzalez case seems like a prelude to the polarizing battles that swept up the country since then. After the federal raid, then-New York City Mayor Rudy Giuliani blasted the Border Patrol agents as “storm troopers using guns.”