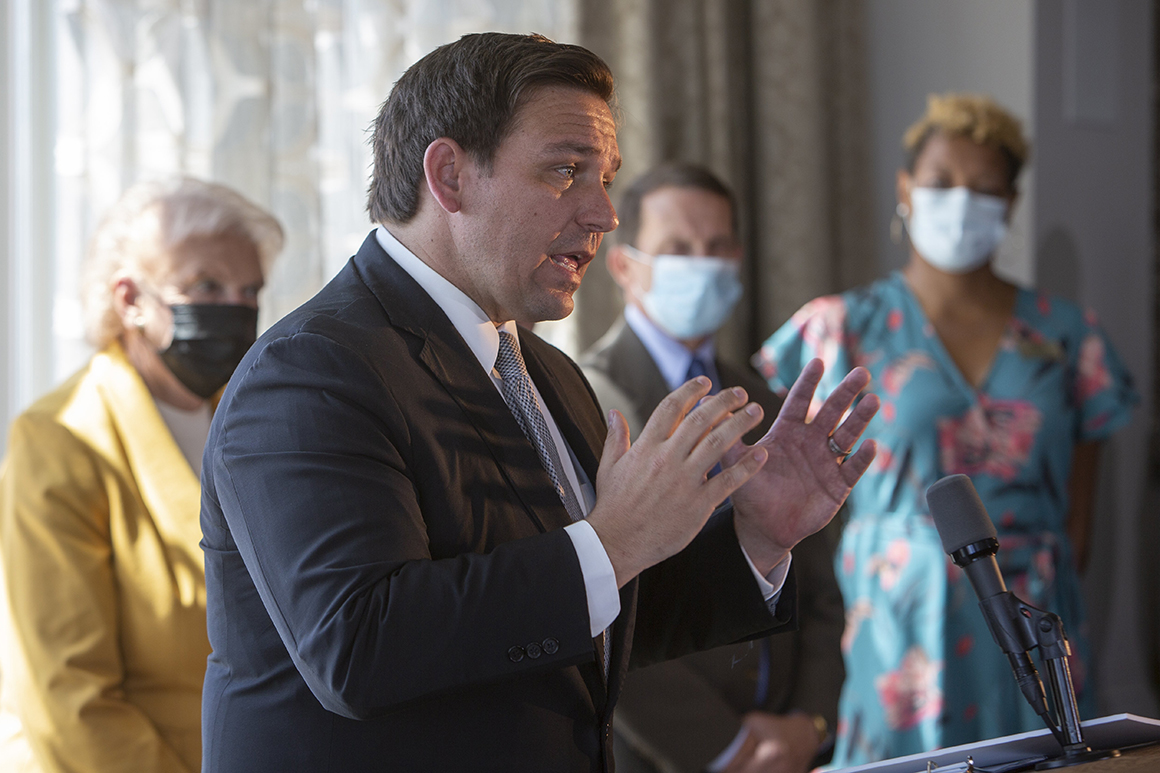 Trump has a history of downplaying the threat of coronavirus and repeatedly predicting an economic renewal, only to see Covid-19 cases surge along with hospitalizations and deaths in different parts of the country. This spring, DeSantis similarly fumed at his critics for predicting a wave of coronavirus cases would overtake Florida under his leadership, only to see cases, hospitalizations and deaths jump after reopening the state in early June.

A DeSantis spokesman did not respond to a request for comment.

Epidemiologists and Democrats predicted that would happen again, especially with the president holding big rallies without people wearing masks and a governor determined to open the state quickly. But whether the cases will skyrocket the way they did in July depends largely on whether individuals take the prerogative to keep enough social distance and wear masks.

Even if cases rise, it’s “highly probable” that cases won’t spike in a meaningful way before Election Day, said Jason Salemi, an epidemiologist with the University of South Florida, “especially if it starts with the less-vulnerable and then extends to the more-vulnerable from the less-vulnerable.”

Florida slowly began the process of reopening earlier this month, but DeSantis’ decision Friday accelerated it at warp speed. It also blindsided Republican allies like Carlos Gimenez, a congressional candidate and mayor of Miami-Dade, the state’s most-populous county, and home to the most coronavirus cases in the state.

Our must-read briefing on what’s hot, crazy or shady about politics in the Sunshine State.

Miami-Dade used to have a county-wide mask-wearing ordinance and fines to give it teeth. Now, that precaution has been blocked by DeSantis.

Gimenez said the county could still impose restrictions but would have to let businesses and bars open up, and they could be subject to some regulations. Miami-Dade’s 11 p.m. curfew can also remain in effect, Gimenez said, who confessed to some worry.

“Of course, I am concerned,” Gimenez said while steering clear of criticizing DeSantis.

DeSantis was only able to block local governments from levying the fines because the governor did not repeal his state-of-emergency order, which gives him extraordinary powers. So the state is technically under an emergency due to the coronavirus — an order still standing despite the rhetoric from Trump and DeSantis so the governor can keep pull back local governments from reacting to that emergency.

The Florida Democratic Party’s chairwoman, Terri Rizzo, accused Trump and DeSantis of ignoring science, issuing bad messages during a pandemic and presiding over an “unmitigated disaster.”

“We all desperately want things to return back to normal, but that can’t happen when DeSantis and Trump have no plan to get us out of this public health crisis,” Rizzo said.