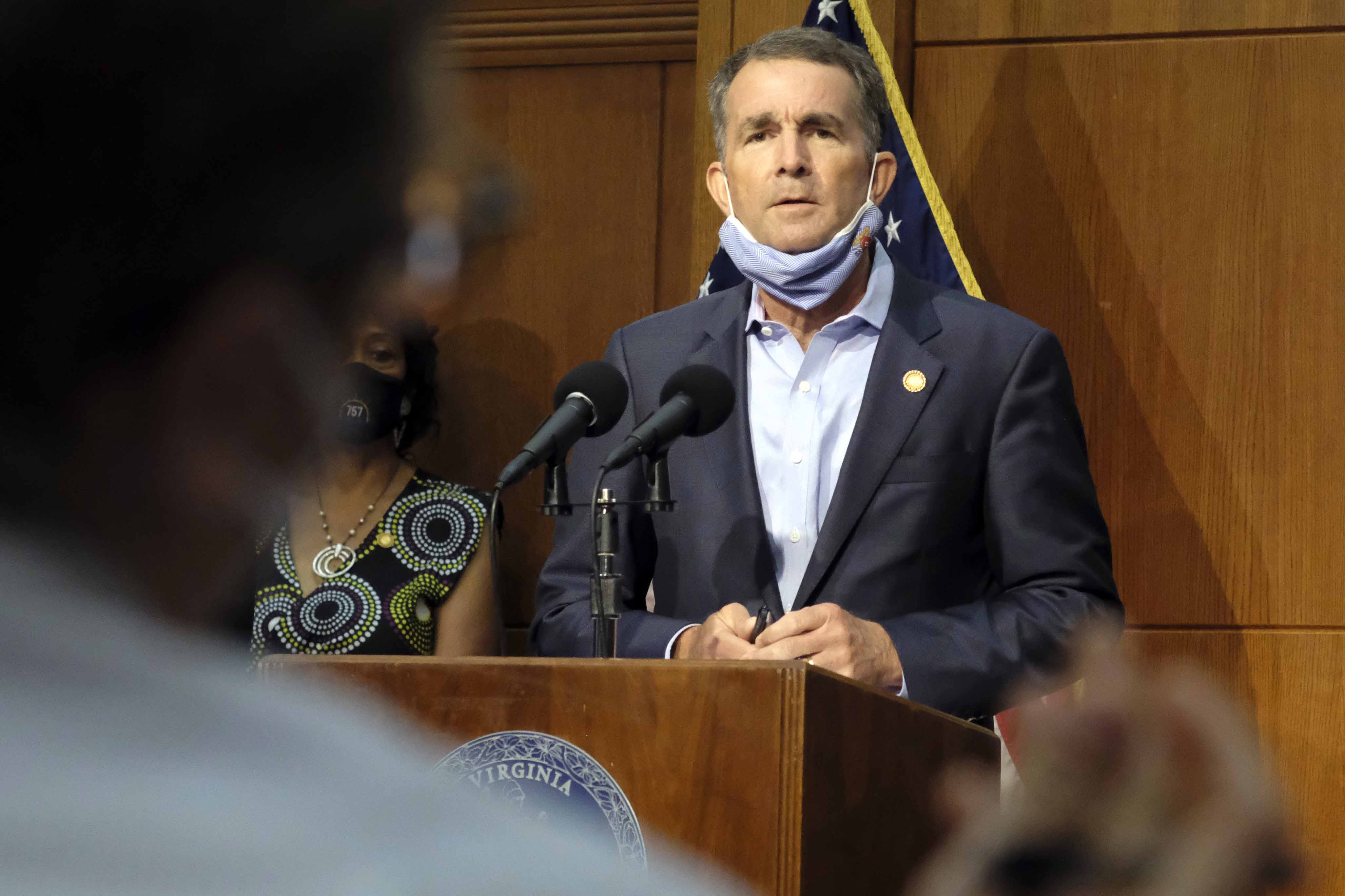 The Democrat, the country’s only governor who is also a doctor, has previously been criticized by some Republican lawmakers who say his restrictions aimed at slowing the spread of the virus are too stringent.

Northam said in a statement that his test result shows that the virus is “very real and very contagious.”

“We are grateful for your thoughts and support, but the best thing you can do for us — and most importantly, for your fellow Virginians — is to take this seriously,” Northam said.

The governor and first lady Pam Northam were notified Wednesday that a member of the Executive Mansion staff developed COVID-19 symptoms and that the staff member’s virus test came back positive.

In August, Ohio Gov. Mike DeWine announced that a rapid test was positive. But a short time later, DeWine said a more sensitive test was negative.

Northam’s announcement comes on the same day as a planned rally by President Donald Trump in Newport News, an event the governor’s staff has asked to be canceled, re-scheduled or scaled down because of concerns about the virus. The rally is expected to draw 4,000 people, which would violate Northam’s executive order generally banning gatherings of more than 250 people. The Trump campaign has routinely flouted public health guidelines intended to halt the spread of COVID-19 with its events.