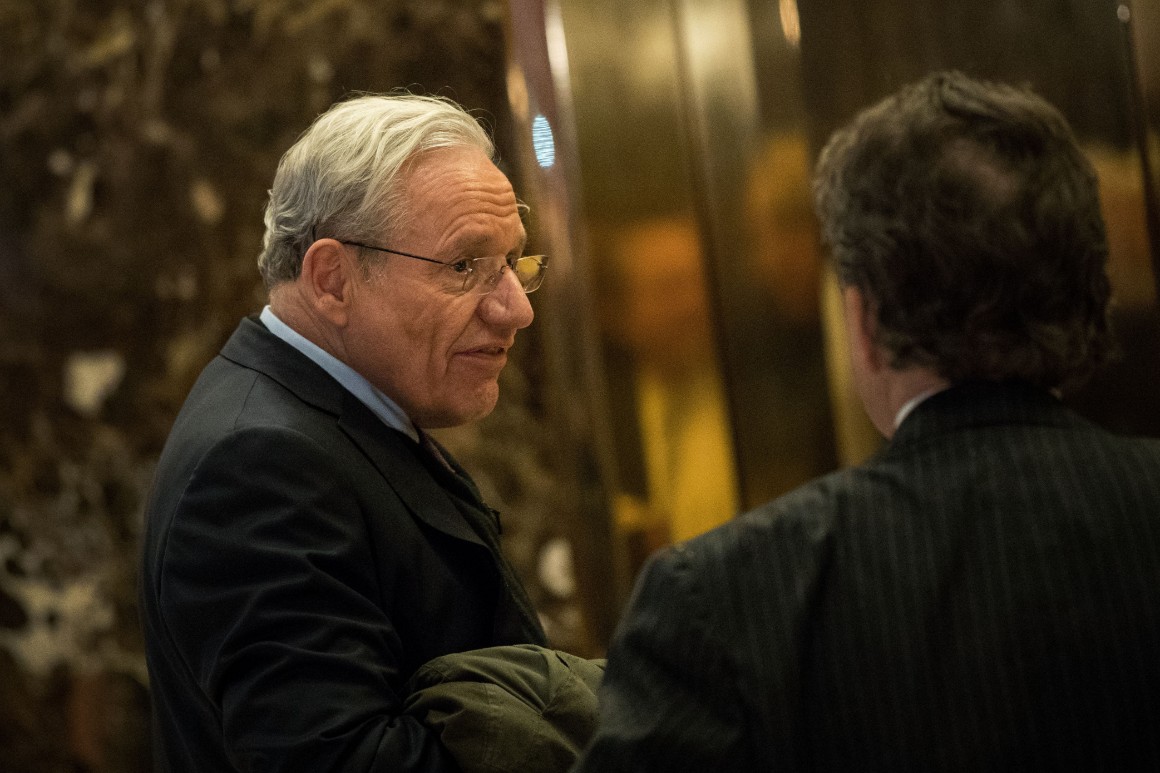 The plot is playing out now in familiar ways. Prominent people typically went to work for Trump thinking he seems like a jerk but, hey, he was elected, after all. So they calculated that maybe he’s not so bad and that the compensations in power and status of an important job were worth the trade. They believed the Republic would be better off with their wise counsel helping curb Trump’s worst instincts. Once there, they discovered that the president is more self-absorbed and less tethered to public interest than they had previously imagined. Having been lured into the inner circle to enhance their reputations, they fear—often with good reason—that they are leaving soiled by Trump’s splatter.

So they write books, like former Trump lawyer-fixer Michael Cohen. Or they talk to magazine journalists, like the senior military officers who told damaging tales to The Atlantic’s Jeffrey Goldberg or dispatched surrogates to do so. Above all, they sit with Washington’s legendary confessor priest, Bob Woodward, for his new book, “Rage.”

The entire notion of the Deep State rests on soil tilled by Hollywood, in decades of movies and television shows in the genre of the paranoid thriller. In these conspiracy dramas, the plot tension flows from a slowly building, creepy realization that Things Are Not What They Seem.

Woodward, based on Wednesday’s barrage of publicity for next week’s official release of “Rage,” has once again delivered the goods with plenty of news-driving revelations. But these scoops are like so many in the Trump years: They reveal that things are pretty much Exactly What They Seem.

It seemed last winter and spring that Trump was prattling on with a lot of happy talk that he couldn’t possibly believe about how the coronavirus wouldn’t be that serious—even as his own government officials were warning that it would be—because he was desperately trying to create reality by proclamation. Months later, Woodward has confirmed that to be true.

What’s more, his source was not a latter-day Deep Throat skulking around garages on behalf of the Deep State. The most damaging source for Woodward is on the record and on tape: Trump himself.

It had previously seemed that Trump, despite his constant attacks on the “Fake News” media, had a compulsive fascination with establishment media figures and the coverage they give him. Now the president has confirmed that to be true, giving 18 (!) interviews to Woodward. Think of him as Shallow Throat.

“Rage,” like The Atlantic piece, also includes material developed through the more conventional way that important people unload their feelings about Trump: On “deep background.” This is the same practice by which we have learned startling accounts about the decision-making and internal battles surrounding previous presidents.

Only this time, the revelations are much more sensational, much more about defects of presidential character than the behind-the-scenes dynamics of policy debates.

The revelations are also much more perishable.

This summer alone there have been a half-dozen—or more? What’s missing?—damning, all-consuming, now-it-can-be-told firestorms about Trump and his governing style, including revelations that would have been monthslong showstoppers in any previous presidency.

It may seem like a year ago, but former national security adviser John Bolton’s devastating book, “The Room Where It Happened,” came out in mid-June. August brought Mary L. Trump’s devastating book, “Too Much and Never Enough: How My Family Created the World’s Most Dangerous Man.” This month brought Goldberg’s devastating article, “Trump: Americans Who Died in War are ‘Losers’ and ‘Suckers.’” And also Michael Schmidt’s devastating book, “Donald Trump v. the United States: Inside the Struggle to Stop a President.” A couple days later brought Cohen’s devastating book, “Disloyal,” which includes allegations of racially bigoted remarks and conniving with the National Enquirer. It is unclear how much publishing oxygen there will be for this or whether it will be sucked up by Woodward’s devastating “Rage.”

Some of the passages from Woodward promoted on Wednesday highlight the nature of the Shallow State’s dealings with Trump. It turns out former Defense Secretary James Mattis regards Trump as “dangerous” and “unfit,” with “no moral compass.” Former Director of National Intelligence Dan Coats allegedly agrees, and has “deep suspicions” that Russian President Vladimir Putin “had something” damaging on Trump since he saw “no other explanation” for some of Trump’s behavior.

Public health is supposed to be separate from politics. But this pandemic — and this election — have turned that idea on its head. POLITICO’s Dan Diamond and Sarah Owermohle discuss how politics is seeping into the vaccine race on both sides of the aisle.

Where does this come from? Possibly the Deep State has bugs in Mattis’ and Coats’ offices or computers, and figured out some way—no fingerprints—to get the material in Woodward’s hands. Or perhaps Mattis and/or Coats told Woodward things they thought and said on condition of “deep background.”

The first question in the spate of new books and articles in which people once in Trump’s orbit tell their stories is whether they are believable. In most cases, the news coverage, citing previous patterns in Trump’s behavior, tends to accept the anecdotes as credible. This raises a secondary question—less important but interesting—what do we think of the people who raise their voices to share critical information or character appraisals of their boss?

Should they be hailed as brave truthtellers? Or do their actions raise uncomfortable questions about their own values, no less than Trump’s?

As a journalist, I certainly have no interest in making censorious judgments about people’s reasons for speaking their truths. But there is no need to assign valorous motives to decisions that often seem to have more prosaic explanations: self-interest, vanity, revenge and so on.

In some cases, one suspects that loathing of Trump is merged with self-loathing for investing hope in Trump or ever believing that joining his circle on his terms would be a worthwhile transaction.

Mary Trump has offered valuable insights into what seems to be the president’s dysfunctional upbringing. But she also makes plain that she was wounded by family disputes over her grandfather’s will.

Jim Mattis joined the Trump administration at the beginning and can plausibly say he thought he was performing a patriotic duty. But John Bolton joined the White House as national security adviser in April 2018—a year after Trump had fired his first FBI director and publicly humiliated his first attorney general, and months after he had warned on Twitter his nuclear button is “much bigger” and “more powerful” than North Korea’s.

Bolton took the job, anyway, without knowing Trump well at the personal level, because it was a position that anyone with his ambitions and career path might reasonably covet. No problem. But, no doubt like many of Woodward’s sources—and like current administration officials whose memoirs we will read in due course—he can’t claim that his subsequent disillusionment came with no warning or context.

It could be that Trump understands the transactional nature of the Shallow State better than the people who aim to take him down.