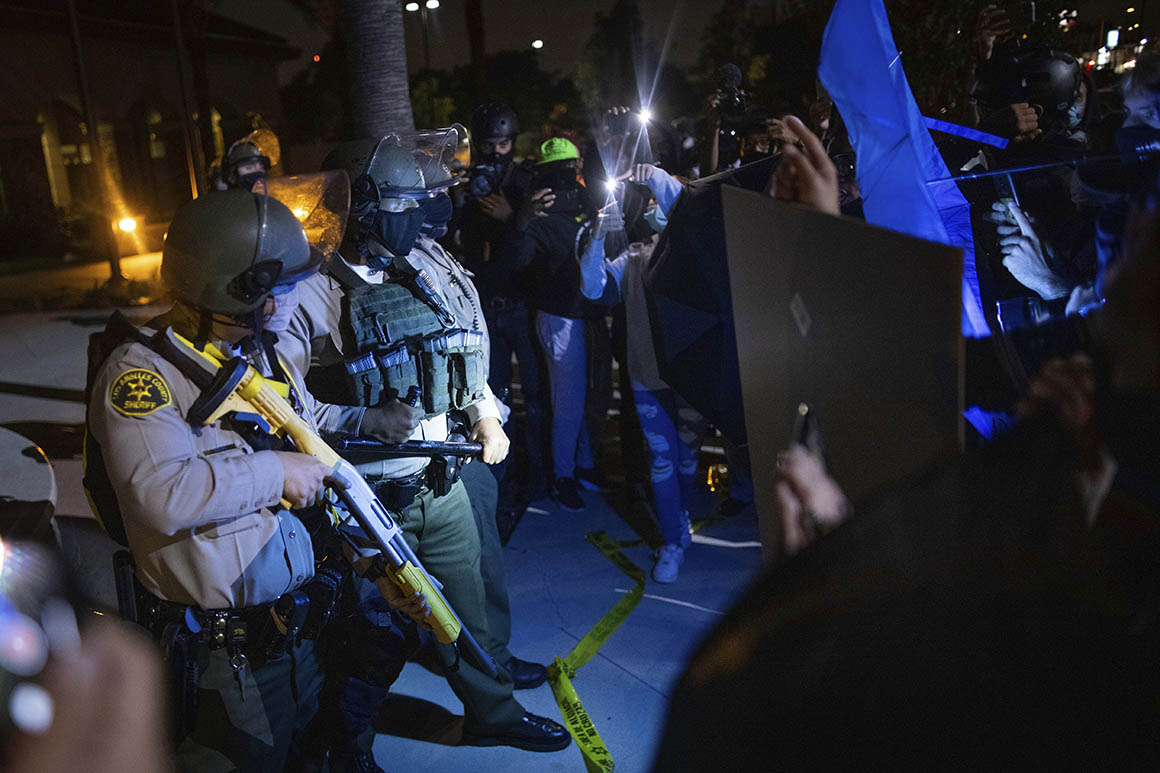 Protesters clash with deputies of the Los Angeles Sheriff’s Department during protests following the death of Dijon Kizzee on Aug. 31. | Christian Monterrosa/AP Photo

LOS ANGELES — A Black man who deputies said was stopped for riding his bicycle in violation of vehicle codes was fatally shot when he dropped a bundle of items that included a gun, authorities said, setting off a protest march to a nearby sheriff’s station in Los Angeles.

Dean said investigators had not yet interviewed the deputies, but he gave this account: When deputies tried to stop the man, he dropped his bike and ran. When they caught up to him he punched one of them in the face and dropped a bundle of clothes he was carrying. The deputies spotted a handgun in the bundle and opened fire.