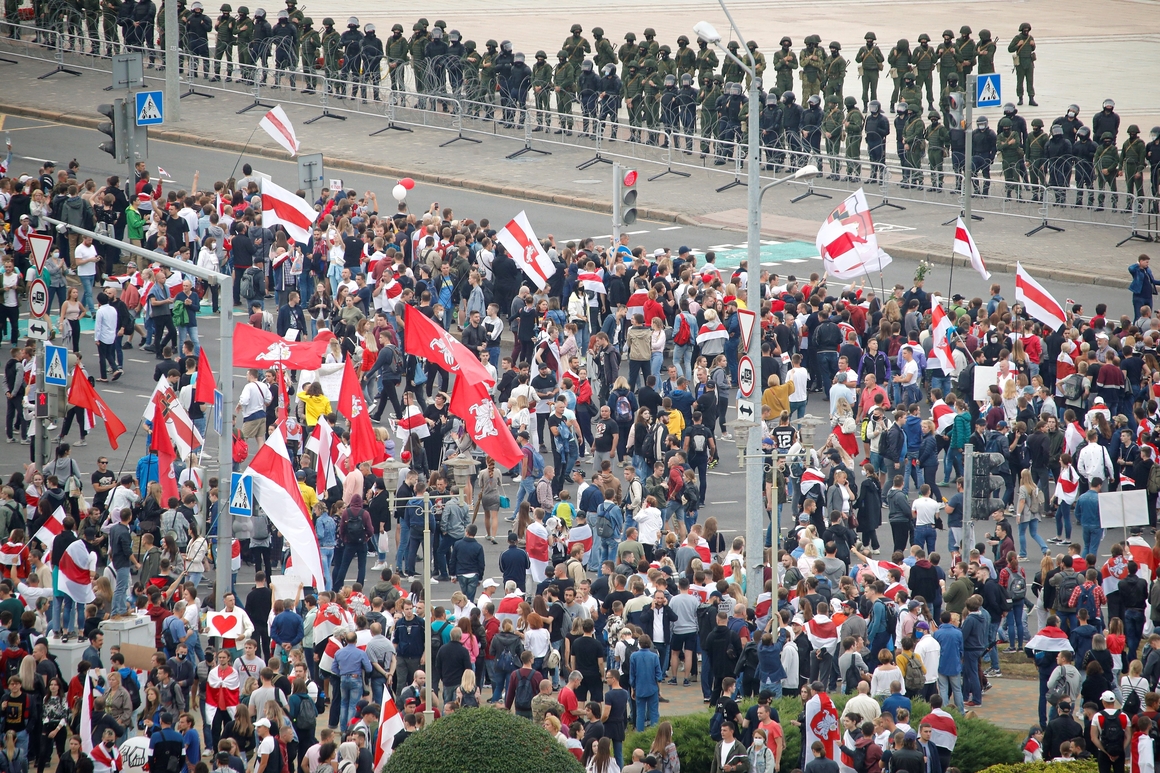 As Lukashenko landed at the Independence Palace in Minsk, protesters were gathered in a nearby square. The video was released on the Telegram messaging app on a channel that other media identified as being close to Lukashenko’s press service.

Police made no immediate efforts to break up Sunday’s protest. Earlier this month, some 7,000 people were arrested at protests after the election, many of them beaten with clubs or wounded by rubber bullets, which only angered ordinary residents even more.

Lukashenko on Saturday ordered his defense minister to take “the most stringent measures to protect the territorial integrity of our country,” repeating claims that NATO forces were readying at the Polish and Lithuanian borders — an accusation NATO rejected as “baseless.”

Lithuania also denied the claims, with President Gitanas Nausėda arguing that Lukashenko is “trying to divert attention from Belarus’s internal problems at any cost with totally baseless statements about imaginary external threats.”

The Belarusian president, who’s been in power 26 years, faces unprecedented protests after he claimed 80 percent of the votes in an August presidential run-off. Authorities have responded with a violent crackdown.

That’s the government’s “greatest mistake ever,” Tikhanovskaya — now in exile in Lithuania — told Al Jazeera in an interview Saturday. “I call for authorities to not repeat this mistake because our people will never forget or forgive our president.”

Earlier this week, European Council President Charles Michel said the EU “stands in solidarity with the people of Belarus,” and announced sanctions on a “substantial number” of people responsible for election fraud and violence against protesters in the country.

The Associated Press contributed to this article.