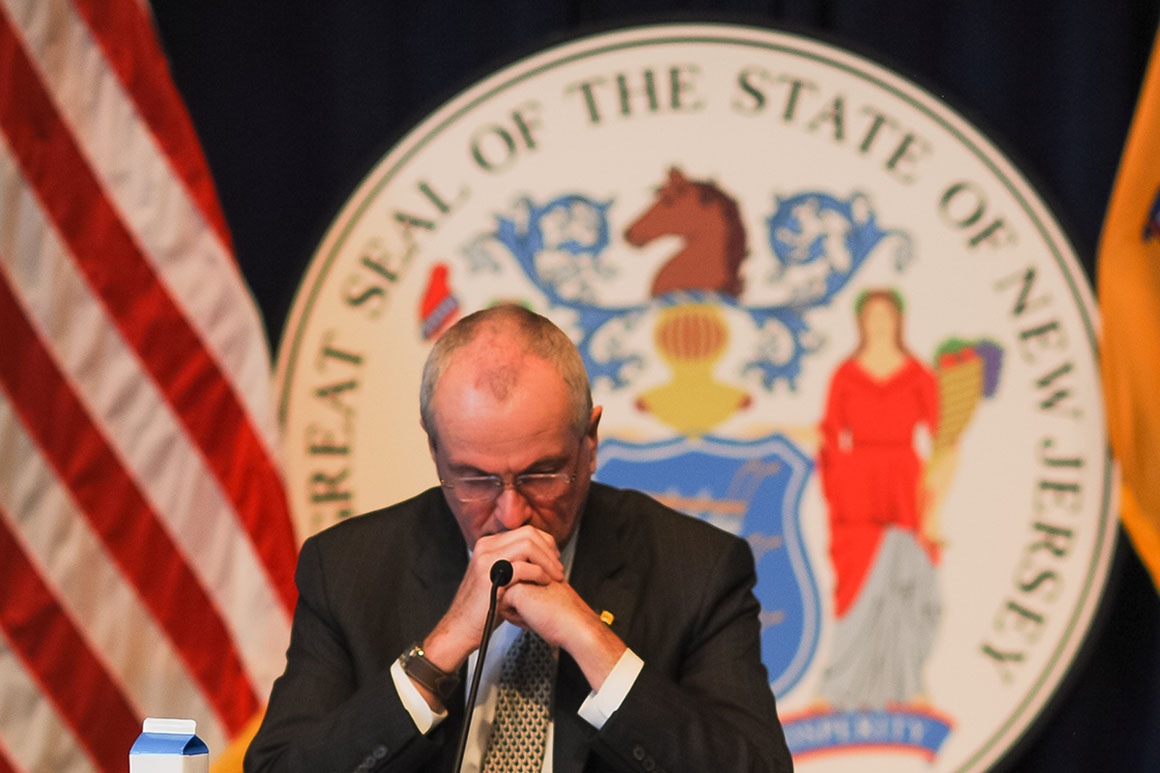 There’s been speculation for the better part of the past year that Murphy, who served as U.S. Ambassador to Germany during the Obama administration, might leave his post as governor for a position with an incoming Democratic administration. The self-avowed “pro-growth progressive,” who previously led the Democratic National Committee’s finance efforts in the mid-2000s, is also the chair of the Democratic Governors Association.

Murphy, along with most of New Jersey’s top Democratic officials, endorsed Sen. Cory Booker‘s presidential bid during the primary before lining up behind Joe Biden after the former vice president emerged as the party’s presumptive nominee. Biden officially secured the party’s nomination on Tuesday night.

“I’m staying right here and we’re going to stay together and try to get this awful crisis behind us as fast as we can,” Murphy said.

The first-term governor has long had a personal relationship with Biden, who joined Murphy on the trail when he was campaigning three years ago.

Murphy has grown his national profile over the last several months as New Jersey was pummeled by coronavirus. Daily press conferences and a full-court press communications strategy made the former Goldman Sachs executive a frequent presence on national broadcasts and media outlets.

Roughly 16,000 New Jersey residents are believed to have died in the pandemic, including more than 7,000 residents and staff of the state’s long-term care facilities. Like neighboring New York, however, New Jersey fared better than most of the country throughout the late spring and early summer.

Much of the state’s recent success in controlling the spread of the virus has been attributed to Murphy who, after struggling to establish an identity with New Jerseyans in his first two years in office, is now among the most popular politicians in the state.

Murphy’s approval rating, which once hovered in the low-to-mid 40s, was routinely landing in the ballpark of 70 percent throughout the worst days of the pandemic. And though he’s started to see pushback from the business community over his conservative and occasionally ill-defined reopening plan, roughly two-thirds of the state’s residents want to keep Covid-19 restrictions in place until there’s a vaccine or treatment, according to a July poll from Fairleigh Dickinson University.

Still, concerns about Murphy’s handling of the health crisis have begun to bubble to the surface.

State prisons also struggled to contain the virus, leading to one of the highest rates of infection among incarcerated populations in the U.S., according to statistics compiled by The Marshall Project.

“Had we known earlier that this virus was in our midst — any of us, not just New Jersey — and not just long-term care, but especially long-term care, we would have shut down visitations,” Murphy said during Wednesday’s interview, adding that outbreaks likely started from staff and loved ones who contracted the virus in their communities. “We’re going to do a complete soup-to-nuts post-mortem on long-term care, on veterans homes, on the way we’ve handled the entire pandemic.”