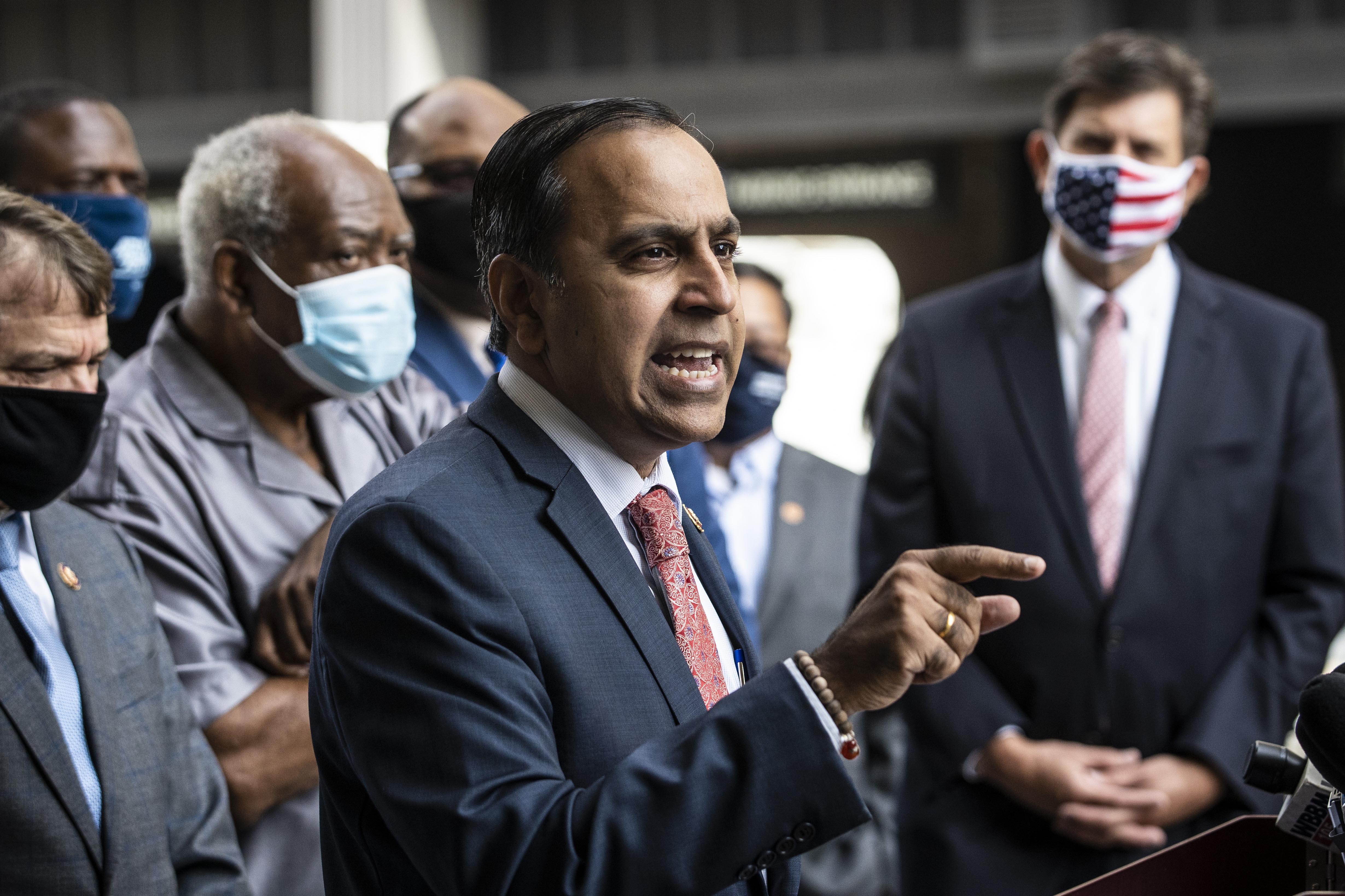 “The appointment of Mr. Louis DeJoy as Postmaster General was highly irregular and we are concerned that his candidacy may have been influenced by political motivations,” Krishnamoorthi said in a statement.

The revelation comes amid efforts by congressional Democrats to learn more about DeJoy’s hiring in May when, amid the coronavirus pandemic, he began to implement sharp policy changes, from limiting overtime to dismantling sorting machines — the effect of which Democrats said could disenfranchise thousands of voters. DeJoy is slated to testify to the Republican-led Senate Homeland Security and Government Affairs Committee on Friday, and to the House Oversight Committee on Monday.

Capitol Hill Democrats, led by Senate Minority Leader Chuck Schumer of New York, have sought insight about the search process that led to DeJoy’s selection, complaining that the Postal Service had restricted the national firm, Russell Reynolds Associates, from speaking to lawmakers.

In their letter, Krishnamoorthi and Porter indicate they also contacted former USPS inspector general David Williams, who sat on the board with Barger until he resigned in April, just before the announcement of DeJoy’s selection, amid concerns about politicization of the Postal Service. Barger told The New York Times earlier this week that he didn’t recall Williams ever raising concerns about DeJoy.

“I don’t recall him ever having objected to anything,” Mr. Barger said, “or I would have asked him why. And it would have been considered.”

Asked to respond to Barger’s comments, Williams told the lawmakers “I had expressed concerns after each of the interviews with Mr. Louis DeJoy. I urged that a background investigation be conducted. And when I resigned, I cited it as one of my reasons for submitting my resignation to Chairman Robert Duncan.”

Barger did not immediately respond to a request for comment.

Krishnamoorthi and Porter are asking Barger to provide information to their panel by Aug. 27, including whether he recommended DeJoy before learning of Russell Reynolds’ recommended names and whether any Republican Party leaders of senior Trump administration officials played a role in boosting DeJoy’s candidacy for the post.