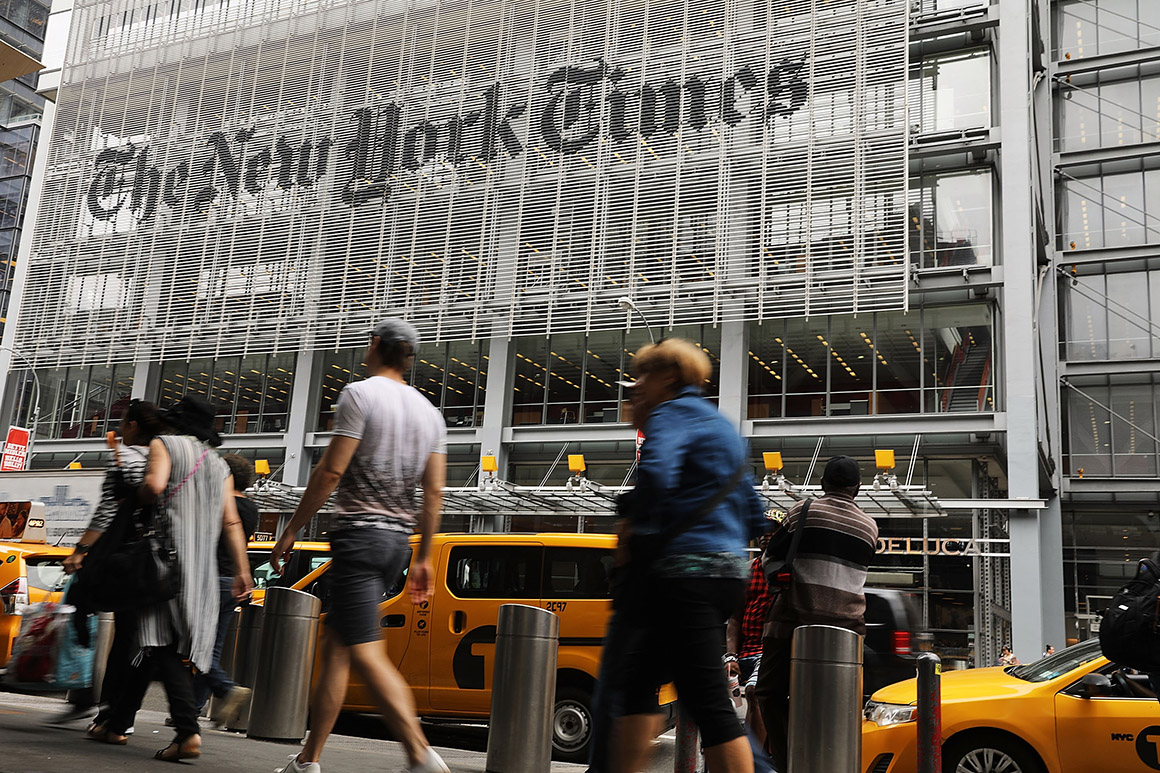 “Joe Biden wasn’t endorsed by the @nytimes editorial board,” TJ Ducklo, the Biden campaign’s press secretary, said on Twitter. “But he left their Manhattan office w/ the support of @_Jacquelyn2020, who spoke for working people across America that day.”

The Post first reported Jacquelyn’s role in the convention. She has enthusiastically expressed her support for Biden on her Twitter and echoed her excitement after The Post broke news of her involvement in the convention.

“I am grateful and blessed and very hopeful this will bring more unity to parties and people all over our country. I did this on my own good Will and will continue to do so. Love you all!!!” she said on Twitter.

The Times did not immediately respond to a request for comment.

The Times’ endorsement process raised eyebrows among journalists and in Washington for its made-for-TV approach and double endorsement of two candidates. The endorsement was revealed as part of a broadcast of its FX documentary series, “The Weekly,” which featured excerpts from the vetting process with all the major Democratic candidates. The Times eventually endorsed both Sens. Elizabeth Warren and Amy Klobuchar.

Andrew Bates, a Biden campaign spokesman, was blunt on the news of Jacquelyn’s involvement in Biden’s nomination, tweeting that “There was exponentially more moral authority in the elevator than in the conference room.”

“They were floored,” Bates wrote of the Times editorial board. “They’d never even contemplated that something like this could happen: her opinion mattered more than theirs DESPITE HER LACK OF A SOUL CYCLE MEMBERSHIP AND EVEN THOUGH SHE WASN’T WEARING A TURTLENECK.”