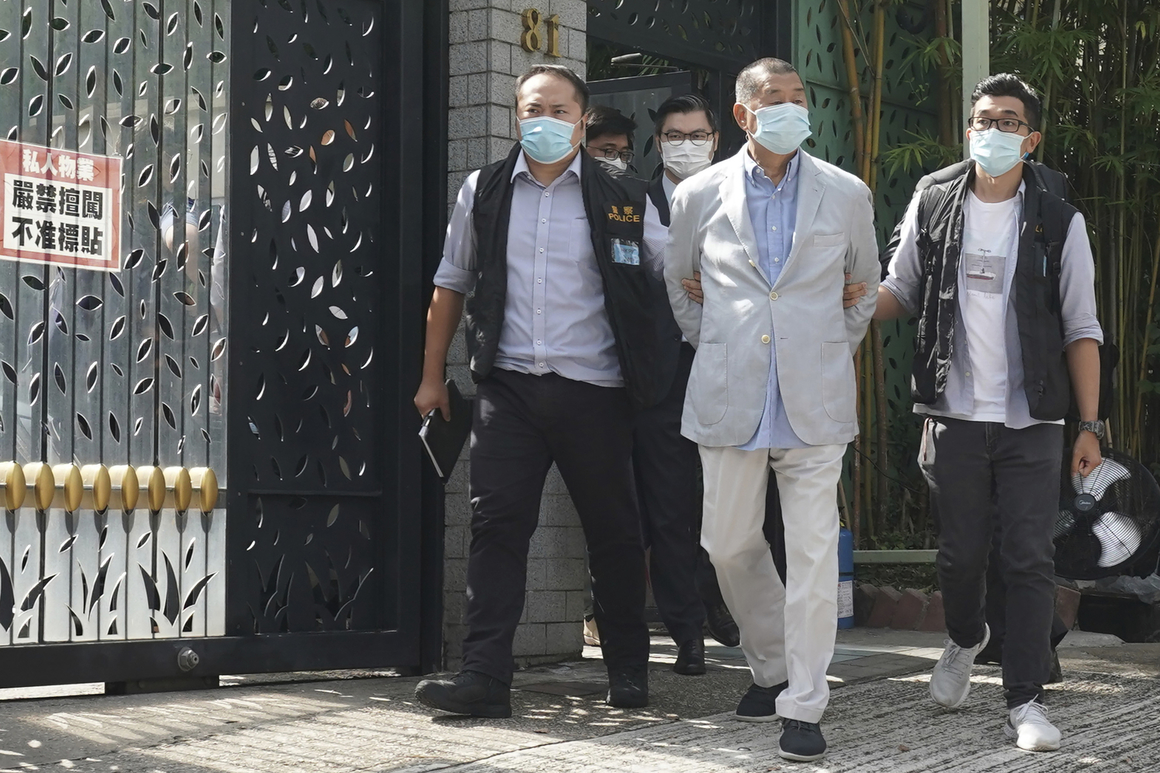 The national security law came into effect June 30 and is widely seen as a means to curb dissent after anti-government protests rocked Hong Kong last year.

Simon said that police searched both Lai and his son’s home, as well as other members of media group Next Digital, which Lai founded.

Next Digital operates the Apple Daily tabloid, which Lai founded in 1995, ahead of Britain’s handover of Hong Kong to China. Like Lai, Apple Daily has a strong pro-democracy stance and often urged its readers to take part in pro-democracy protests.

The security law outlaws secessionist, subversive and terrorist acts, as well as collusion with foreign forces in the city’s internal affairs. The maximum punishment for serious offenders is life imprisonment.

Last month, Chinese broadcaster CCTV said pro-democracy activist Nathan Law and five others were wanted under the law, although all six had fled overseas. Law had relocated to Britain in July to continue international advocacy work for Hong Kong.