by Trade News
in Energy
0 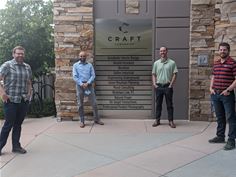 Jim Adams, Natural Power’s President of North American Operations, said: “we are thrilled to announce the expansion of Natural Power’s North American presence by opening our new Colorado office. The location near Denver provides easy access to much of the existing and future planned North American wind and solar fleet as well as providing our staff with a desirable place to live, work and play”.