Evangelical Democrats Face a Hurdle: Their Own Party 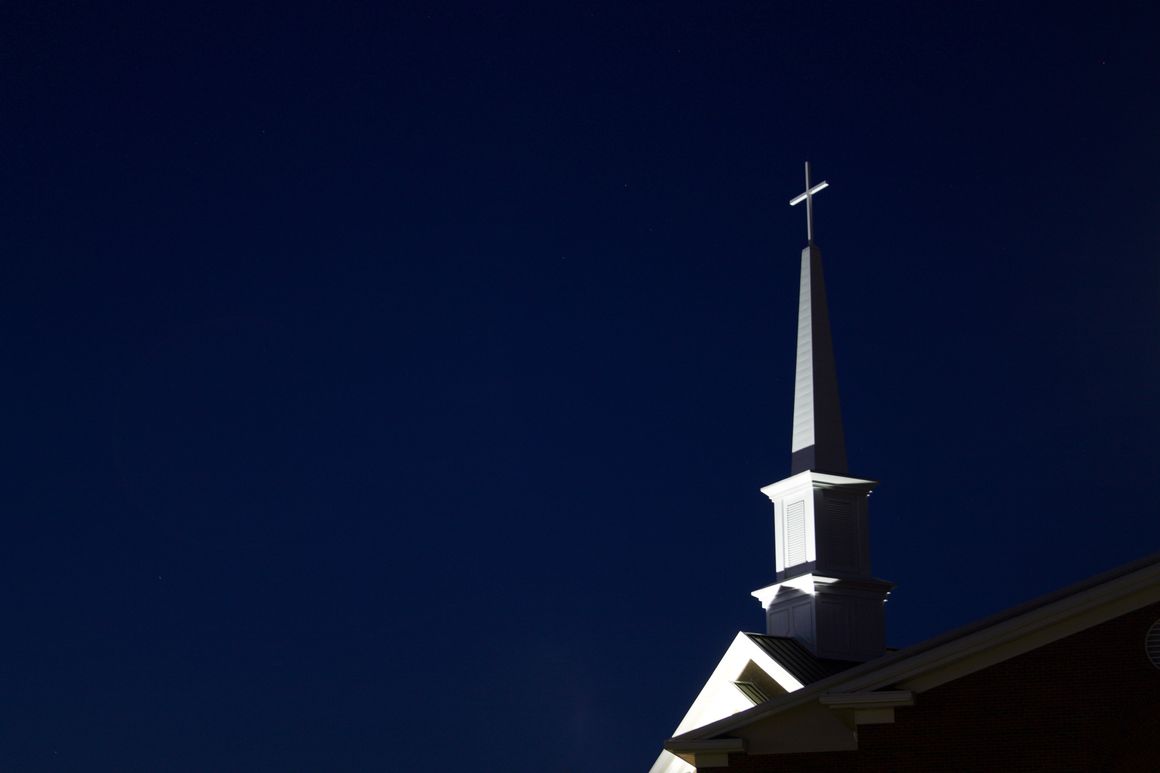 White evangelical voters abandoned Carter in droves for the GOP, and that alliance has only solidified over time. (Black evangelicals, who have a long history of political engagement going back to the civil rights era, did not follow the same path; they overwhelmingly identify as Democrats, though don’t always align with the party on social issues.) Three quarters of white evangelicals supported Donald Trump in 2016 and their support for him remains high. But his approval among this group has dipped in recent months.

It’s not clear that this will translate into more votes for Democrats—defectors could stay home or vote third party—but there are at least some signs of change. Forrester of Christian Democrats of America said that her organization’s Facebook group has had “a lot of evangelical converts” join since the election. In the last election, 16 percent of white evangelicals voted for Hillary Clinton; in a recent survey, 17 pecent said they would vote for Biden.

That could bode well for the small but growing number of religious candidates embracing the more liberal evangelical tradition embodied by Carter. In Georgia, Reverend Raphael Warnock, a pastor at the evangelical church where Martin Luther King Jr. once preached, is running for senate as a Democrat. In Missouri, Christian pastor Cori Bush is running for Congress. In Colorado, evangelical immigrant rights activist Michelle Warren, having fallen just short of making the ballot in her Colorado senate bid this year, is already planning another run.

Often, these candidates have views that largely align with core progressive positions like a woman’s right to choose, marriage equality, action on climate change, immigrant rights and an expansion of the social safety net. Some have won high-profile endorsements. Warnock was endorsed by Stacey Abrams and led the Democratic field in fundraising; Bush was endorsed by Alexandria Ocasio-Cortez; and Scholten has the endorsement of Senator Elizabeth Warren and the progressive organization Emily’s List.

But the backing of Democratic heavyweights doesn’t guarantee support from progressive voters, many of whom view religion with skepticism. In a 2019 poll, 44 percent of Democrats said that churches and religious organizations “do more harm than good in American society.” A large majority of Democrats said that “liberals who are not religious” have too little or just the right amount of control over the party. Only 15 percent said they had too much. Last year, the Democratic Party passed a resolution explicitly embracing atheists after lobbying from secular groups.

Some progressive voters interviewed for this story worry that overtly religious candidates, even Democrats, will inevitably blur the line, established by the First Amendment, between church and state. “It needs to be utterly and completely separate,” says Andrea Geralds, a pro-choice, “hardcore constitutionalist” from Michigan who does not live in Scholten’s district. “There is no middle ground for me.” Even when candidates of faith say they unequivocally support the First Amendment, Geralds remains unconvinced. “As far as I’m concerned, they’re probably lying,” she says. She is less distrustful when it comes to other faiths. “When people say, ‘Well, are you saying that about X religion? No, I’m saying it about evangelicals, because evangelicals are actively trying to harm people in my country.” She says that if given the choice between a progressive evangelical candidate and a Republican, she would stay home.

Wil Schweitzer, an independent in Georgia who believes abortion is a private matter and people who are LGBTQ deserve equal rights, is similarly skeptical about Warnock’s senate run. “When I see ‘Reverend’ beside a name that is asking to be elected into a position of power, red flags go up,” he says. He said he will not vote for him in the state’s special general election this November.

Like Scholten, some religious candidates have moved away from calling themselves “evangelical” because the label, as popularly understood, no longer aligns with their values.

Pastor Bryan Berghoef, who is running in Michigan in the district next to Schoelten’s, once considered himself evangelical but stopped identifying personally with the term a decade or so ago. He isn’t surprised that some voters are uncomfortable. “They’ve only seen the conservative, ugly side of it,” he says.

Berghoef is running in a red district that is more tolerant of—and arguably demands—policy positions that could easily sink a candidate in states like California or New York. He is pro-choice, but believes that reducing the number of abortions, through progressive policies like expanding access to healthcare and providing a living wage, is an important goal (a once mainstream position that Bill Clinton described as abortion being “safe, legal, and rare”). Berghoef is popular among local Democrats, in part for his long record of advocating for LGBTQ rights and racial justice. In November, he will face off against Republican Bill Huizenga, who is currently under investigation for ethics violations.

Politically, religious candidates must walk a fine line between being true to their religious convictions, which can sometimes give rise to more centrist positions, particularly on social issues, and alienating a progressive base that has swung decidedly leftward.

In 2018, Tabitha Isner, an ordained pastor and a Democrat, ran in a deep red district in Alabama. Isner is a member of the Christian Church (Disciplies of Christ), a progressive church that welcomes LGBTQ parishoners and clergy. But when Isner, who supports gay rights, was asked at a campaign event about a baker’s right to refuse service to gay customers, she admitted that she wrestled with the question. “I said, ‘Well, this is hard,’” she recalls. “I struggle with that as a person of faith, not because I would ever discriminate against gay people but because I understand the value of religious freedom.”

She was skewered for it in progressive circles. “I lost five gay friends who just thought it was outrageous that I would try to empathize,” Isner says. “We have a real chip on our shoulder as a party about Christians.”

Of course, with a second Trump term on the line, the possibility of cutting into the president’s evangelical base could prove too hard to resist, even for Democratic voters skeptical of religion. Lori Goldman, founder of Fems for Dems, a political action committee in Michigan that seeks to elect progressives, said her organization would support any candidate whose policies align with progressive values, though she acknowledges deeply religious candidates give her pause. “I get a bad taste in my mouth,” she says. “People have done the most egregious things in the name of religion since the beginning of time.”

For her part, Scholten talks about her faith openly on the campaign trail. “I think that voters have a right to know the person who is representing them,” she says. The local leader who expressed skepticism at first eventually came around, too. “He said, ‘You’re a Christian mom who is a civil rights attorney and wants to run as a Democrat in western Michigan,” Scholten recalls. “‘This is either going to be the flip of the century, or we’re going to go down in flames.’”