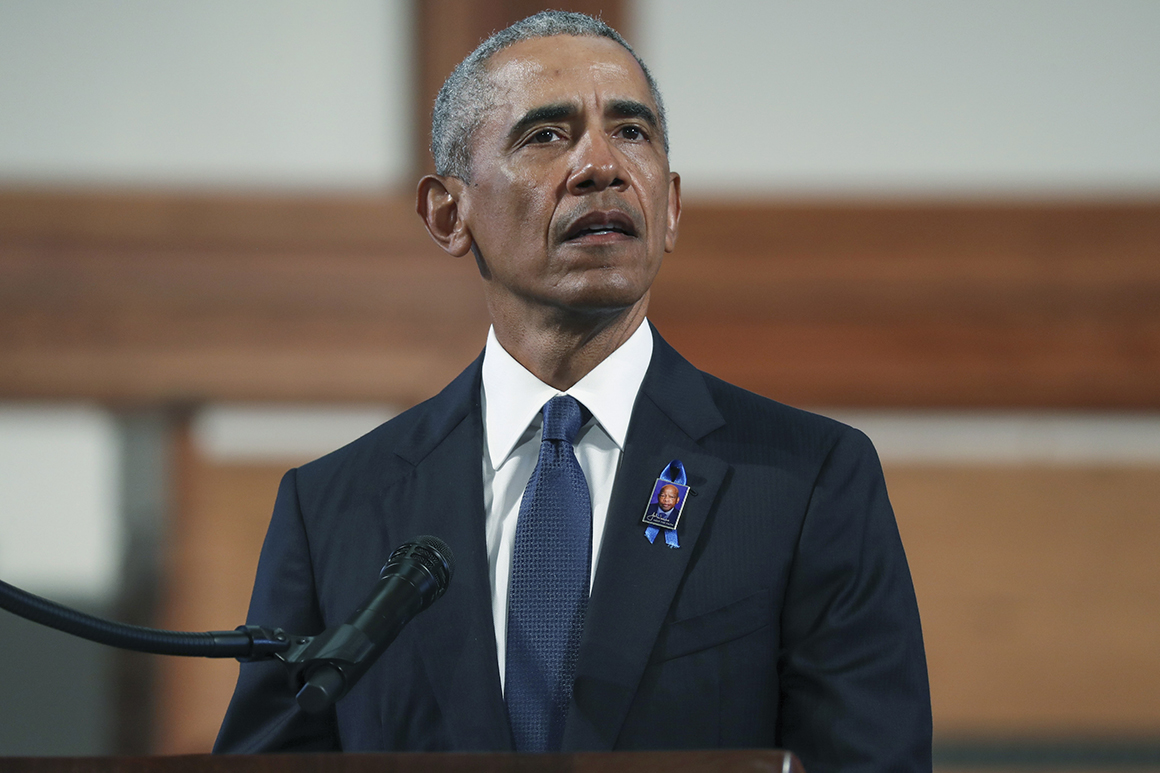 “And if all this takes eliminating the filibuster, another Jim Crow relic, in order to secure the God-given rights of every American, then that’s what we should do,” Obama said to applause inside Atlanta’s Ebenezer Baptist Church.

Obama is perhaps the most prominent political voice to call for an end to the filibuster, the Senate’s rule requiring 60 votes in order to end debate on most legislation and advance it to a vote. The practice, which is not enshrined in the Constitution, has long allowed the Senate’s minority party some say in what legislation is passed through the chamber.

But the filibuster has also proved to be a roadblock for whichever party is in power. President Donald Trump has regularly called for an end to the Senate filibuster, complaining it allowed Democrats in the Senate minority to block his policy agenda even when Republicans controlled both houses of Congress.

Republican lawmakers, too, relied heavily on the filibuster during Obama’s presidency, blocking legislation and confirmation of presidential appointees. Obama complained at a 2018 event that the filibuster made it “almost impossible” to govern.

Obama’s reference to the filibuster as a “Jim Crow relic” is a nod to its history in the 1950s and 1960s, when Southern segregationist senators used the filibuster to try to block multiple civil rights laws.

A push to end the filibuster has gained steam among some in the Democratic Party, including Sen. Elizabeth Warren (D-Mass.) and former Mayor Pete Buttigieg of South Bend, Ind., both of whom were top contenders for their party’s 2020 presidential nomination. Former Vice President Joe Biden, a longtime Delaware senator who bested Warren, Buttigieg and others to become the Democrats’ presumptive nominee, said during the primary that he opposed removing the Senate filibuster but has since signaled an openness to it.

The Biden campaign on Thursday didn’t directly address whether Biden agreed with Obama’s call to end the filibuster.

“Congressional Republicans should turn their praise of Rep. Lewis into action and pass the John Lewis Voting Rights Act today by voice vote. No filibuster, no delay,” Biden spokesman Andrew Bates said in a statement to POLITICO.

Senate Majority Leader Mitch McConnell (R-Ky.), who could remove the filibuster from Senate rules, has said he will not do so as long as he remains atop GOP leadership in the chamber. He has warned Democrats against altering the filibuster rules should they take control of the Senate, suggesting they consider that “you might not be in total control in the future.”