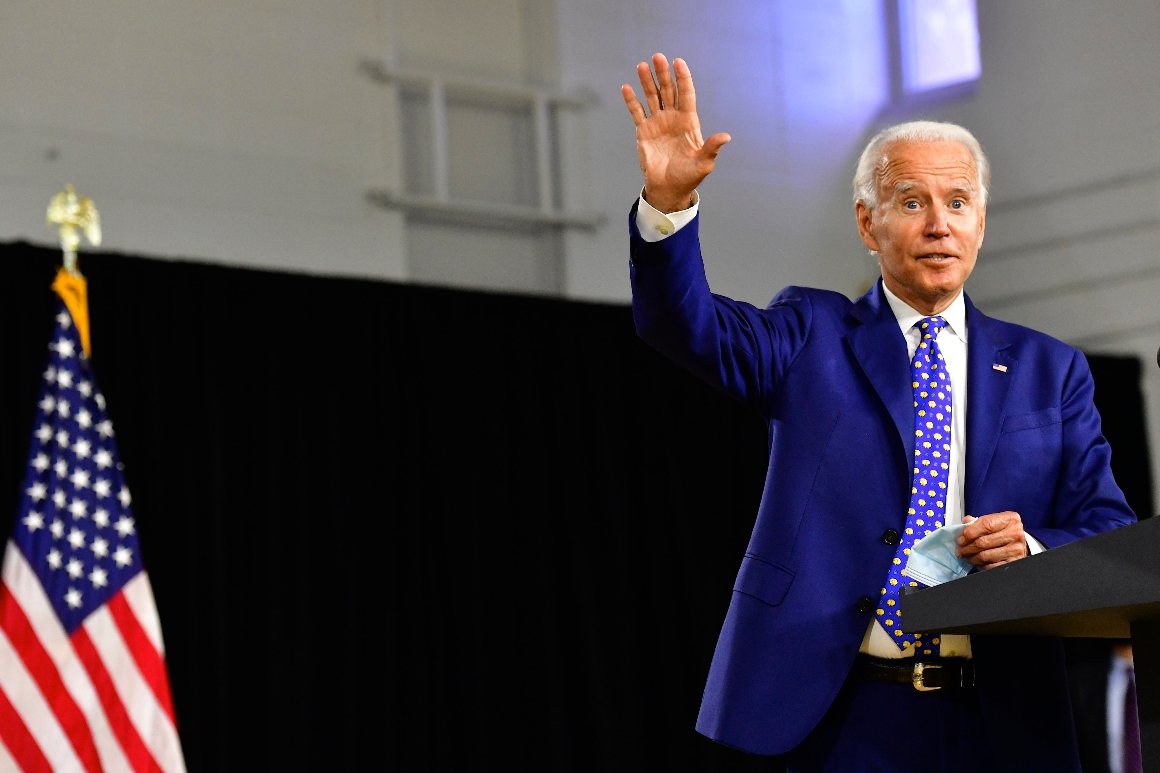 The Biden campaign declined to comment on the letter’s demands which would likely block scores of Democrats from the transition and a potential Biden administration.

Biden’s team has been doing a delicate dance with the left as he tries to unite the party without alienating moderate voters. He has moved left on several policy issues but also pushed back on proposals such as defunding police. Biden’s vice presidential selection, expected next week, is another test of how much clout some of these groups have.

The left in many ways is replicating its efforts from 2016. Many of the letter’s signees sent a similar missive to Hillary Clinton’s transition team. The Sanders-blessed organization Our Revolution was created with the expectation that it would focus on trying to influence a Clinton administration.

Warren was aggressive in lobbying the Clinton transition on personnel, particularly on issues involving ethics and ties to private industry. Warren, who is under consideration to be vice president, did not respond for comment when asked whether she supports the current letter. A top Warren adviser, Julie Siegel, is serving on Biden’s transition team.

Progressives started to focus on transition personnel after 2008, when they felt Barack Obama hired too many people with close ties to industry and Wall Street.

“Too often, the teams crafting incoming administrations have been stacked with figures who work for corporate interests, undermining the frameworks that make way for collective prosperity,” the signees wrote. “Unsurprisingly, the resultant administrations overwhelmingly reflect this inherent conflict of interest.”

Some on the left were heartened when Biden appointed former Delaware senator and longtime Biden adviser Ted Kaufman to head the transition effort given his tough-on-Wall Street approach during the Great Recession. Last month, Kaufman released a statement that the transition’s core values included a “diversity of ideology and background,” “transparency” and “the highest ethical standards to serve the American people and not special interests.”

The signees also sent the letter to the Trump campaign. Spokesperson Courtney Parella did not did not address its demands but argued that “Biden has been the king of corruption for years with his family cashing in on his positions in public office,” pointing to his son Hunter and brother James. “If Joe Biden were in the White House, it would be more of the same corruption we have seen for decades.”

The letter’s signees, however, argued that Trump had exacerbated Washington corruption despite promises to “drain the swamp.”

“Throughout the last four years, the public has been subjected to a never ending parade of conflicted appointees who have enthusiastically set about rolling back the regulations that once restrained their former (and likely future) employers’ most destructive impulses,” they wrote. “While corporate interests benefit from this regime, the American public suffers.”