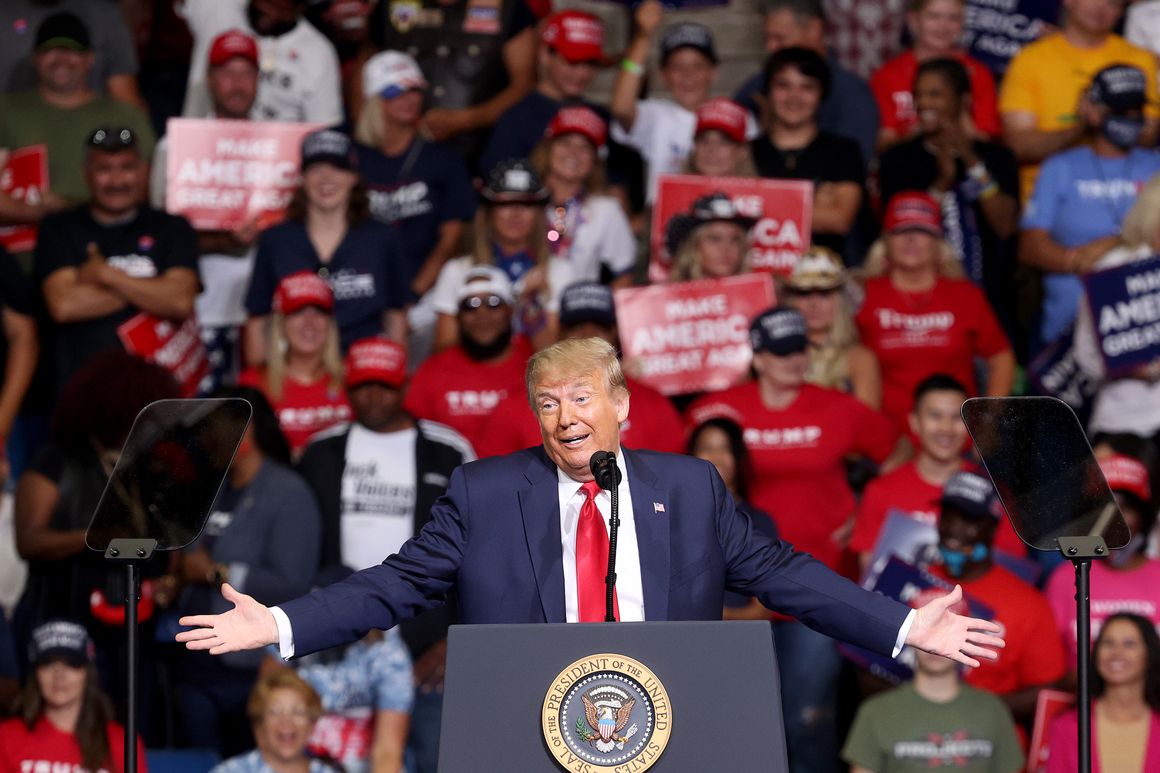 And a handful of media outlets have offered similar appraisals: “President Trump showed the power of his endorsements in Republican runoffs in Alabama and Texas, ending a brief losing streak and demonstrating the strong pull he continues to have among GOP voters, even as his national approval numbers slide,” chimed reporters in the Wall Street Journal. In June, Trump’s campaign was citing his winning primary picks as evidence that “the enthusiasm is real,” and an op-ed in the conservative news site Western Journal declared that “Dems should be quaking in their boots” because of it: “Numbers never lie—and neither do results.”

But if you actually take the trouble to analyze Trump’s endorsement record, the numbers are not as impressive as the president or his allies make them sound. In fact, Trump-endorsed candidates have lost not one or two but at least five races: Virginia RepresentativeDenver Riggleman lost his chance for another term to Bob Good; Lynda Bennett lost to 24-year-old Madison Cawthorn in an open seat race in North Carolina for Trump’s chief of staff Mark Meadows’ old district; and five-term Colorado Representative Scott Tipton was defeated for renomination by gun rights activist and alleged QAnon conspiracy theorist Lauren Boebert. Trump also failed to get the North Dakota treasurer’s race right when Daniel Johnston lost to fellow Republican Thomas Beadle. And earlier, Trump went all-out in his endorsement of incumbent conservative Wisconsin Supreme Court Justice Daniel Kelly, who was beaten by liberal Jill Karofsky in April.

And those were the formal endorsements. He’s struck out on an informal one as well: Trump actively tweeted against Kentucky Representative Thomas Massie, though he never formally endorsed Massie’s opponent Todd McMurtry. Nevertheless, Massie easily won his primary in June.

Even with those losses, one could still think Trump’s record is pretty good … until they look more closely at the winners he picked. We set out to fact check every single 2020 endorsement—Ballotpedia counts 115 across House, Senate and state elections, 11 of which have not yet happened—and this is what we found. The Trump campaign did not respond to a request to clarify his July 15 “88 and 2” tweet.

The vast majority of the president’s endorsements are for incumbents. In 23 cases, Trump’s preferred candidate either didn’t face an opponent at all or had a little-known rival who dropped out before the primary, making the “winning endorsement” rather moot. In 69 of the remaining cases, the president’s endorsed candidate faced token opposition at best, with second-place finishers averaging only about 16 percent of the vote. Few endorsed candidates faced an opponent with any electoral experience. As others have noted, many of the president’s tweets of support are quite generic, with little variation—and upon inspection, with little import either.

In sum, Trump endorsed 92 candidates in races in which the endorsement was irrelevant—only an indictment might have stopped his candidate from winning, and maybe not even that.

What about the close races? Of all the candidates Trump endorsed, there were only 12 that stood any serious chance of losing, defined retrospectively by his candidate having won by 15 percentage points or less in the end.

Trump’s candidate won five of those: in Pennsylvania’s 7th District (where Lisa Scheller won 51 percent to 48 percent), in California’s 8th and 50th districts (where former Representative Darrell Issa won by 3 percentage points and state Assemblyman Jay Obernolte won by 14.2 percentage points), in Utah (where Attorney General Sean Reyes retained his job 54 percent to 46 percent), and in Texas with Jackson (who won by 11 percentage points). Add those to Tuberville in Alabama, who won by more than 20 percentage points but was facing a former senator and U.S. attorney general in Sessions, and that gives Trump six real claims to making a difference—races where the candidate might well have not won without his tweets of support.

But remember, there are six more—in Virginia, North Carolina, Colorado, North Dakota and Wisconsin, in addition to Massie in Kentucky—where Trump put his thumb on the scales, and his candidate lost by margins ranging from 5 to 76 percentage points. One other race, in Texas, faces a recount after Trump’s pick and his challenger who was endorsed by Ted Cruz were separated by only seven votes in their primary runoff last week. Trump may have a technical endorsement record of 98 and 5, but take the president’s successes against his losses in the 12 races where it mattered, and his official seal of approval is, in reality, no better than 50-50.

In the GOP, a lot of Trump’s influence comes from candidates’ fear of his base, and the sense that you can’t cross Trump without costing yourself a political career. A perceived near-perfect endorsement record perhaps falsely reinforces the notion that one cannot be an elected official in the Republican Party without Donald Trump’s blessing.

But as the evidence shows, Trump’s endorsement prowess is not nearly as strong as he or his supporters imply. There’s a big difference between a 99 percent success rate and the truth: If Trump puts his name on the line for you, it’s more like a coin toss whether it helps at all.