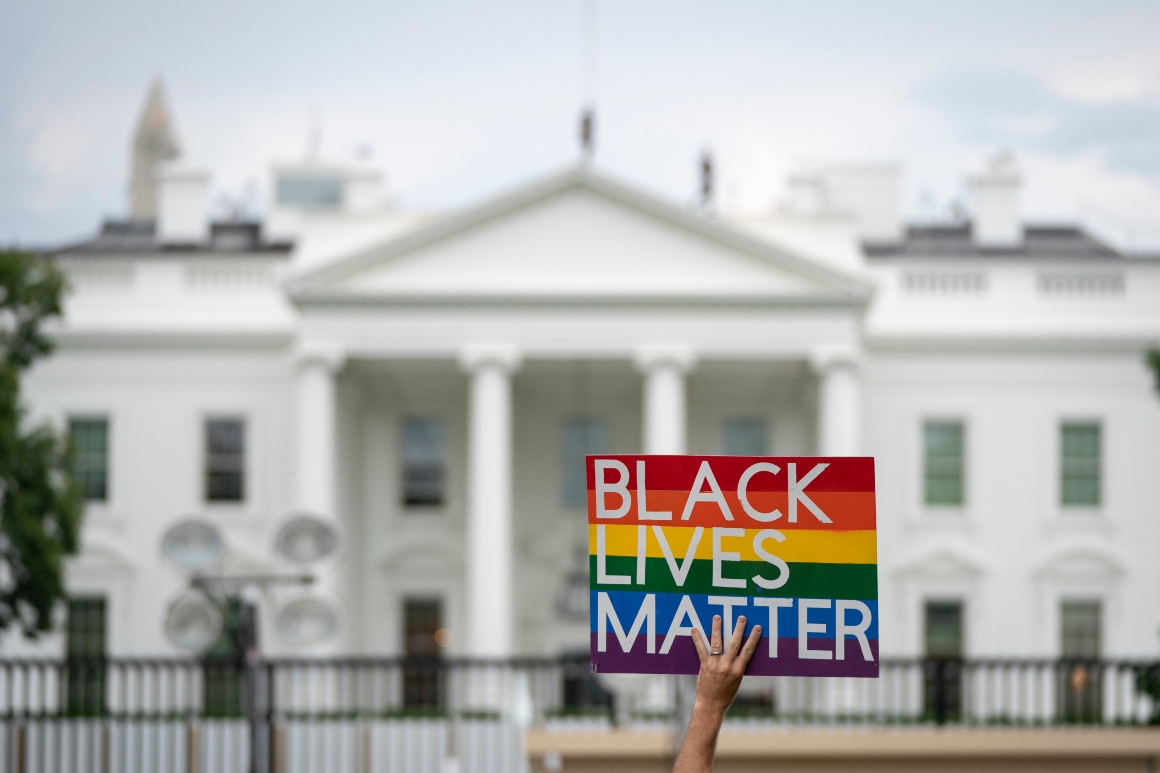 Meanwhile, other portions of the movement are organizing bigger national actions. Woodard Henderson, along with the SEIU, the Fight for $15 advocacy group and other unions, orchestrated a strike for Black lives on Monday, with thousands of workers in more than 25 cities walking off the job.

Jessica Byrd, a strategist with Three Point Strategies and leader in the Movement for Black Lives, wakes up at 4 a.m. most days to prepare for the online Black National Convention on Aug. 28, which aims to engage 4 million Black people across the country. Ahead of the convention, roughly 1,000 Black activists will meet virtually to craft a 100-day agenda for a potential Joe Biden administration, which will be unveiled at the national gathering.

“We have a new election cycle in which we are a central force, whereas in 2016, there were headlines saying that Black movement didn’t care about elections,” said Byrd, who oversees the Electoral Justice Project for the Movement for Black Lives, which launched in 2017.

Federal lawmakers have already responded to the dramatic shift in public attitudes toward Black Lives Matter, with the Democratic-led House passing a sweeping police reform bill at the end of June. Though multiple senior lawmakers have rejected the “defund the police” push, activists see the bill as just a starting point. They countered with their own piece of legislation: the Breathe Act, which seeks to eliminate federal agencies and programs that invest in and expand law enforcement.

“We wanted to be clear that we could speak for ourselves,” said Woodard Henderson. “That we could actually write our own federal legislation that is incorporating the policy demands that we’ve been raising.”

The bill has yet to formally be introduced by a lawmaker in Congress, but first-term Reps. Ayanna Pressley (D-Mass.) and Rashida Tlaib (D-Mich.) participated in its rollout with the Movement for Black Lives. Pressley, members of the Congressional Black Caucus and activists with the Movement for Black Lives are in ongoing conversations about the proposal.

“I am thankful for M4BL’s leadership and stand ready to work alongside them to fight for structural change, legislate accountability, and move in the direction of justice and healing,” Pressley said in a statement to POLITICO.

But other national policy pushes growing out of the movement have inspired dissension within it.

One of the most widely known policy plans to come out of the Black Lives Matter movement is the “8 Can’t Wait” proposals from the racial justice group Campaign Zero. The package is composed of “restrictive use of force policies” for local police departments — including banning chokeholds, mandating de-escalation and warning before shooting — which the group argued would decrease killings.

Deray Mckesson, co-founder of Campaign Zero, said the platform was meant to “normalize” police reform policies. “If the police are going to exist tomorrow, they should have dramatically less power tomorrow,” he told GQ.

But the release of “8 Can’t Wait” in early June was met with swift criticism from a number of activists who felt the proposals did not go far enough in a climate where calls to “defund the police” were gaining wider acceptance. Within a week, Campaign Zero co-founder Brittany Packnett Cunningham announced her departure from the organization in response to the backlash. Campaign Zero issued an apology on its website, saying its campaign “unintentionally detracted from efforts of fellow organizers invested in paradigmatic shifts that are newly possible in this moment.”