No triumphant homecoming for Conte in Rome 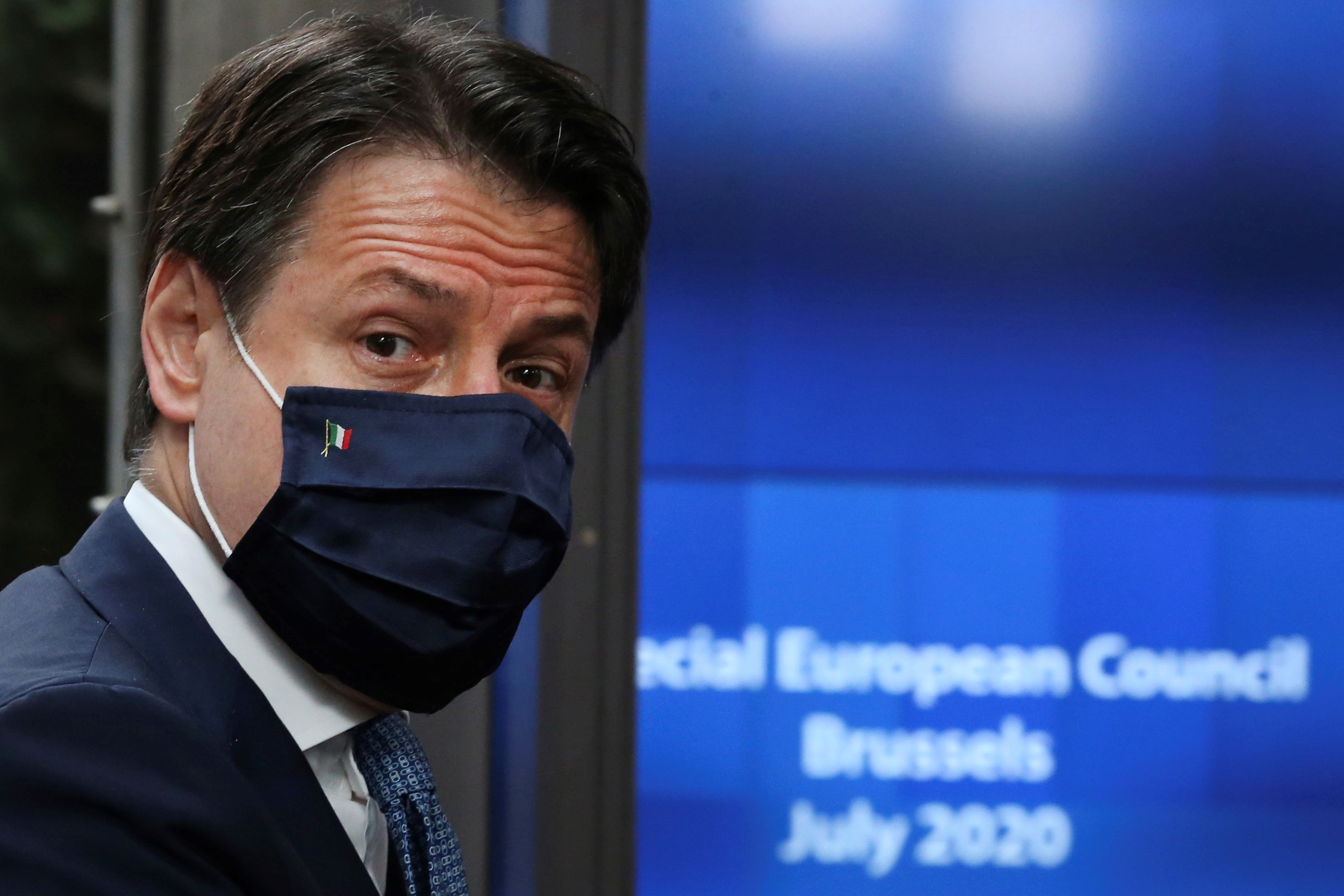 The agreement also gives a single EU government the power to delay payments if it feels another country is failing to fulfill its reform pledges.

In Italy, the conditions attached to the grants has evoked the specter of the so-called Troika — the decision group formed by the European Commission, the European Central Bank and the International Monetary Fund — that become synonymous with punishing austerity in Greece in the wake of the 2015 debt crisis.

Critics on the right say the deal weakens Italian sovereignty and warn that it could lead to EU demands to reverse populist-led legislation on pensions and welfare.

The coronavirus is a “Trojan horse” that has allowed Europe to take control of Italy, claimed Roberto Fiore, who heads the extreme-right Forza Nuova party. “The Troika have won,” he said on Twitter. “We get €68 billion in grants at a very high price — every last residue of our sovereignty.”

Matteo Salvini, the leader of the far-right League, also attacked the deal, saying the conditions attached to the recovery fund amounted to “an unconditional surrender” by Italy.

Italy will be forced to make Europe-mandated reforms when it comes to pensions, work, justice, health and education, said Salvini. He accused the leaders of the so-called “frugal” northern countries, including the Netherlands’ Mark Rutte, of seeking to dismantle his flagship reform, which reduced the lowest pensionable age to 62.

“Any Rutte that comes along next spring and says ‘I won’t give the money to Italy if they don’t cut the pensions’ can do it,” he told a press conference at the parliament in Rome on Tuesday.

In reality, Rutte failed to secure a veto on payments to countries that reneged on commitments, instead negotiating a “super emergency brake” whereby individual states can delay payments by up to three months, subject to review by EU leaders and under the oversight of the European Commission.

The Commission has also been explicit in stating that the national plans expected of EU countries will be a far cry from the austerity policies demanded in response to economic bailouts. Any reforms will be drawn from country-specific recommendations made by the Commission, not competitor countries.

Still, Salvini claimed reforms imposed by the EU would damage Italy, and make it less competitive. He also warned that the mechanisms for disbursing EU recovery funds could create leverage in disputes over other issues such as migration.

“When the League returns to government and blocks the ports, at the first blocked boat, Brussels will wag its finger and say we are nasty and mean,” he said.

Giorgia Meloni, leader of the far-right Brothers of Italy party, was also critical of the deal, which left Italy with less access to grants than initially proposed and at risk of “an unacceptable takeover of economic-political decisions of a sovereign nation.”

The super emergency brake “will work like a veto of another name,” she said.

Euroskeptic politicians weren’t the only ones to criticize the deal; even some pro-European voices raised doubts about the deal. Stefano Fassina, head of the left-wing Free-and-Equal party, called the conditions on grants and the emergency brake “seriously risky.”

Carlo Calenda, an Italian MEP and leader of the centrist party Azione — which ran in the European election last year under the slogan, “We are European” — criticized the Conte government’s “triumphant tones.” He pointed out that the funding is less bountiful than it appears, given Italy is a principal contributor to the EU budget. He also lamented the fact that frugal countries and Germany secured greater rebates to their payments into the EU’s next seven-year budget.

Spiking or plateauing? Covid-19 case counts are spurring debate about whether the worst is over.

For Conte’s government, much will depend on how it presents the deal, according to Raffaele Marchetti, a professor of international relations at Luiss University in Rome.

If it can portray the outcome of the summit as a victory, it could help unite the government ahead of a difficult decision on applying for further EU funding for health care, according to Marchetti. The coalition is currently still divided on accepting money from the European Stability Mechanism, which was used to enact austerity on Greece.

The imposition of reforms by the EU could also have a positive effect if it helps overcome local resistance to painful but necessary measures, he said. “Brussels has been useful in implementing reforms in the past.”

Among Italians, the EU’s delayed response to the coronavirus crisis made many feel they had been abandoned in their time of need. That feeling may be difficult to reverse — one poll in April put the number of Italians with little or no trust in the EU at 70 percent — but effective use of the new EU funds could help, said Marchetti.

“Without the money, Italy would have serious problems,” he said, “but the government needs to communicate properly to citizens the added value of the funding, which they haven’t done so far.”