Since the onset of the pandemic, the Fed has entered into the most aggressive monetary campaign. Its goal was to bolster asset markets to restore confidence in the financial system. However, the trap is the Fed is in a position where they can never stop QE as interest rates can’t rise ever again.

As we discussed previously, Jeremy Siegel already declared the end to the 40-year bond bull market.

However, this is not a new sentiment, but it has existed since I started calling for rates to fall below 1% as far back as 2013. The reasoning then, and is the same today, is the linkage between the debt and economic growth.

Interest rates are a function of three primary factors: , , and . The relationship between the composite index compared to the level of the Treasury rate is below. 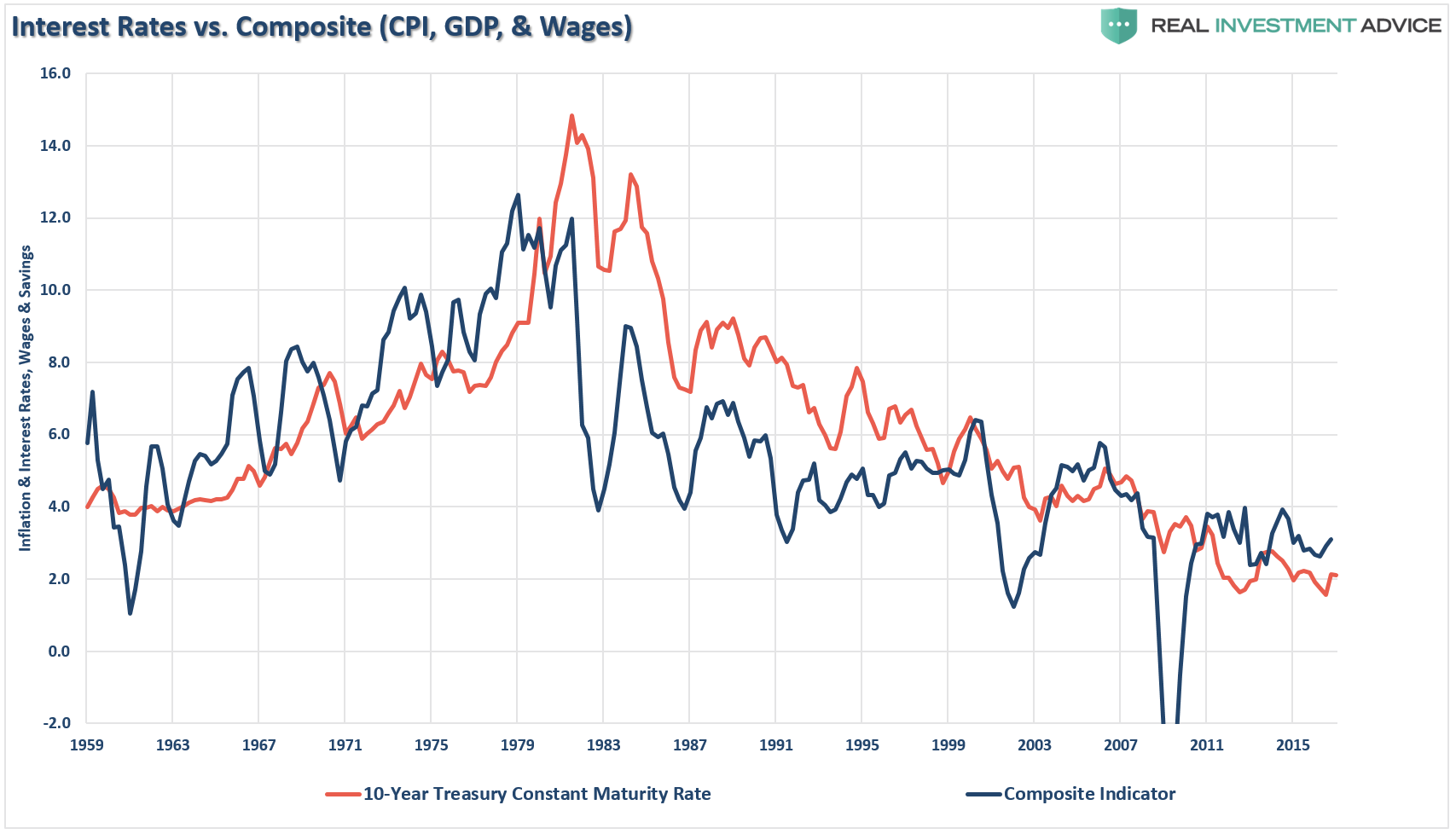 As shown, the level of interest rates correlates to the strength of economic growth and inflation. Since wage growth allows individuals to…