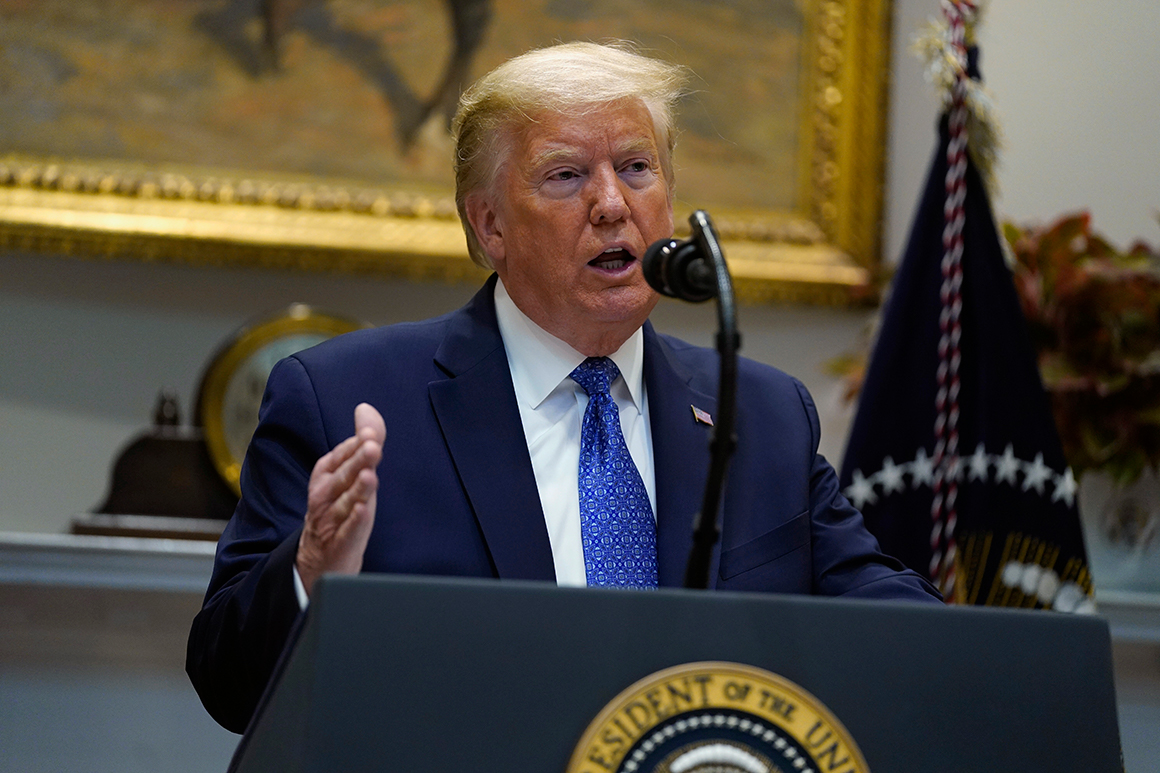 The first such reports published by the journal, the statement continued, were on Jan. 24, where two studies described the first 41 coronavirus patients from Wuhan, the inland Chinese city where the outbreak began, and detailed the first scientific evidence confirming person-to-person transmission of the new virus.

The first study, the Lancet noted, was led by scientists and physicians who were all from “Chinese institutions” and who “worked with us to quickly make information about this new epidemic outbreak and the disease it caused fully and freely available to an international audience.”

The president has repeatedly railed against the WHO and its director-general, Tedros Adhanom Ghebreyesus, throughout the coronavirus crisis, accusing the organization of being too conciliatory toward China.

Trump’s complaints culminated in Monday evening’s letter, which threatened the WHO with a permanent cutoff of U.S. aid unless the global health body agrees to “commit to major substantive improvements within the next 30 days.” Trump also said the U.S. would “reconsider our membership in the organization.”

The four-page missive laid out a number of points where the president found fault with the organization’s early handling of the crisis, which has infected more than 4 million around the globe and killed more than 300,000 worldwide.

But his sparring with a global health organization has drawn protests from critics who say it’s unwise to push away an ally in the midst of an international public health crisis, and could end up backfiring on the U.S.

“The allegations levelled against WHO in President Trump’s letter are serious and damaging to efforts to strengthen international cooperation to control this pandemic,” the Lancet said in its statement Tuesday. “It is essential that any review of the global response is based on a factually accurate account of what took place in December and January.”

The journal has not been shy about criticizing Trump. Its editor, Richard Horton, previously called Trump’s WHO “a crime against humanity” and urged others to “resist Rand rebel against this appalling betrayal of global solidarity.” Last week, the Lancet published an unsigned editorial op-ed blasting Trump’s early handling of the virus and calling for him to be ousted by voters this fall.

Horton fired back at Trump on Twitter on Monday night, referring to his letter to the WHO. “Pr Trump claims we published reports in Dec 2019 claiming a virus was spreading in Wuhan,” Horton wrote. “Untrue. The first paper describing 41 patients with COVID-19 was published on Jan 24. That paper identified symptom onset of the first Wuhan patient as Dec 1. No cover up. Full transparency.”