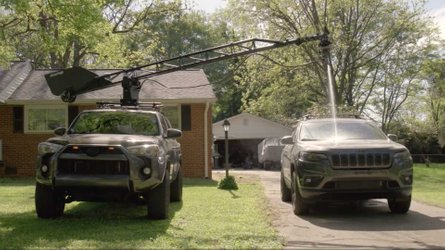 The coronavirus pandemic has put the world in a halt. The automotive industry, for example, has been greatly affected in many parts of the world, not just in sales but also in manufacturing due to plant shutdowns.

As of date, there are 4.7 million cases of COVID-19 worldwide, which resulted in 285,000 deaths. 1.45 million has recovered from the disease, thankfully. Several countries have flattened the curve in their own way, but there are some that still need to take action, including the United States.

While a lot of automakers have resumed or have announced the resumption of operations amid easing of the lockdown, there are still many industries that face challenges, including the film industry.

To lighten up the mood, Jeff Hartman from Facebook has posted a short film about a camera car finding odd jobs to make ends meet during the pandemic. From food and laundry delivery to dog walking, the less-than-two-minute film aims to show the challenges…