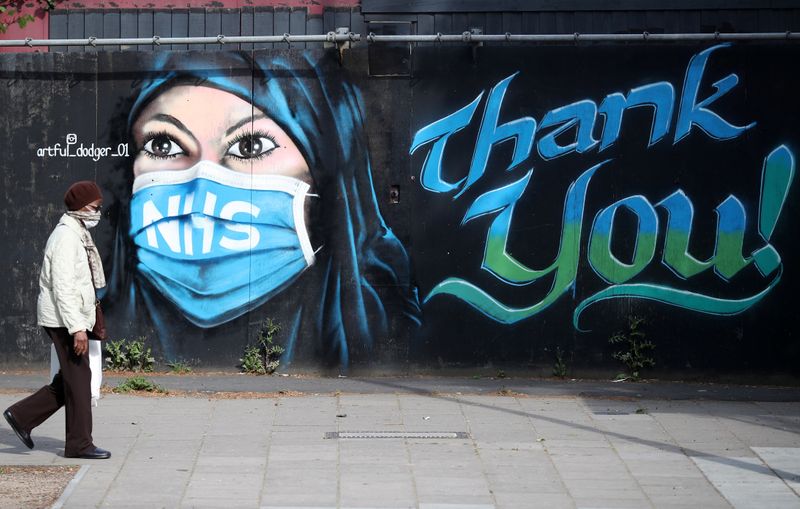 © Reuters. Outbreak of the coronavirus disease (COVID-19) in London

LONDON (Reuters) – The United Kingdom has overtaken Italy to report the highest official death toll from coronavirus in Europe, figures released on Tuesday showed, increasing pressure on Prime Minister Boris Johnson over his response to the crisis.

Weekly figures from Britain’s Office for National Statistics (ONS) added more than 7,000 deaths in England and Wales, raising the total for the United Kingdom to 32,313 as of late April.

Only the United States has suffered more deaths than Britain, according to the data so far.

Tuesday’s figures are based on death certificate mentions of COVID-19, the disease caused by the novel coronavirus, including suspected cases.

While different ways of counting make comparisons with other countries difficult, the figure confirmed Britain was among those hit worst by a pandemic that has killed…