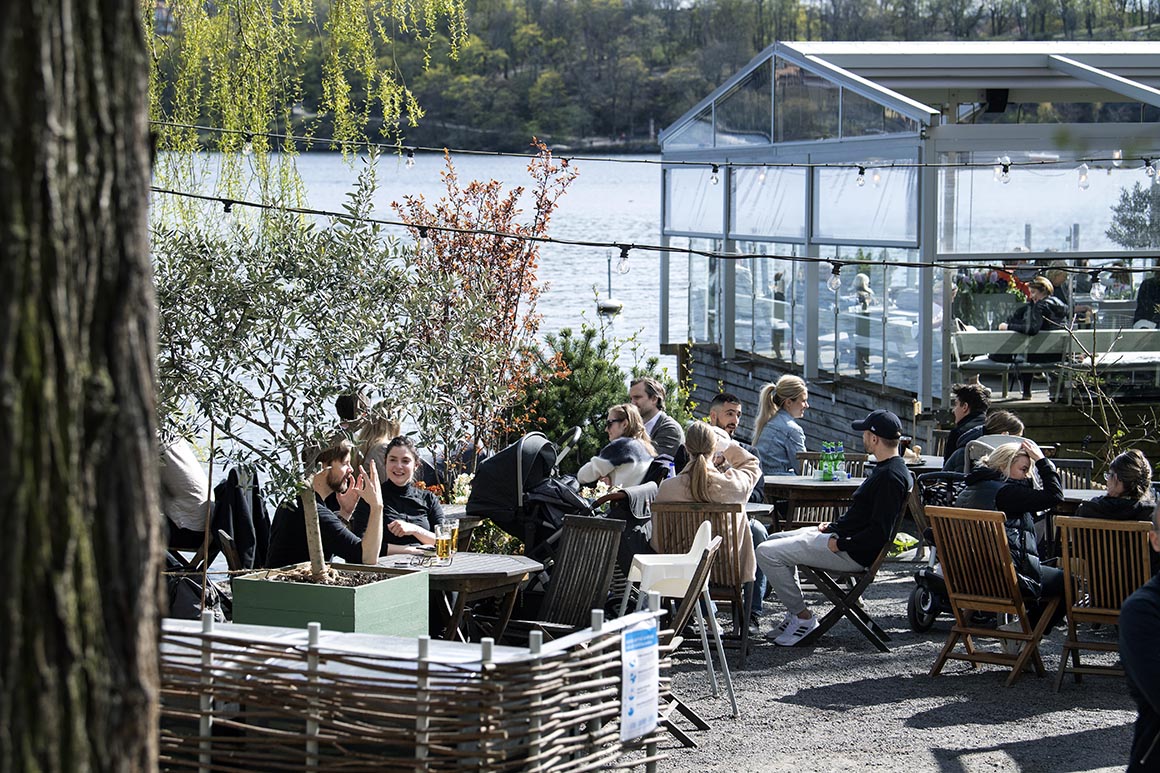 But Swedes are quick to point out that their model relies on elements that are antithetical to American conservative philosophy — namely a high degree of trust in government — in addition to natural factors such as a less dense population.

“It is interesting to see that the Swedish stress on what we call ‘freedom under responsibility‘ is getting picked up by the libertarian right in the U.S.,” said Lars Trägårdh, a history professor at Ersta Sköndal Bräcke University College in Sweden. “The big problem with all of that is that Sweden is all built, ultimately, on a very strong alliance between the state and the individual.”

Over the past several weeks, libertarian-leaning conservatives monitoring Sweden have drifted from abject horror over their decision to not lock down — Breitbart, for instance, ran an article warning about a “coronavirus ‘tragedy’” in Sweden on April 11 — to a cautious consideration of the country’s model, debating whether the approach helped avoid economic devastation without increasing the number of deaths.

“Sweden’s death rate — without a shutdown and massive unemployment — is lower than that of the seven hardest-hit U.S. states,” wrote T.J. Rodgers, CEO of Cypress Semiconductor Corporation, in a Wall Street Journal op-ed earlier this week that was circulated widely in conservative circles.

Setting aside attacks about Sweden’s universal health care system, conservatives have a long-standing interest in Sweden’s inability to fall neatly on a left-right dichotomy: The country has a strong welfare state and high taxes, but also a strong free-market economy. The conservative Heritage Foundation, for instance, places Sweden on par with the U.S. in its yearly Index of Economic Freedom, ranking it the 22nd most economically free country in the world, just five spots behind the U.S.

“Sweden’s not really socialist so much as ‘libertarian with a welfare state,’” Dr. Pradheep Shanker, a radiologist and public health policy expert who writes for National Review, told POLITICO. “It’s the libertarian part that a lot of conservatives are watching.”

The conservative curiosity has bubbled up to the White House, where Trump on Wednesday seemed genuinely torn about whether to view Sweden as a road map or a warning as he grapples with how to reopen the American economy.

Indeed, there is a debate in the global health community over how successful, exactly, the country’s approach has been.

Sweden’s fatality rate is higher than that of their its neighbors. As of Wednesday, the country had over 20,000 coronavirus cases and over 2,400 deaths. In comparison, Norway has only 7,600 cases and 207 deaths.

Trump latched on to the death rates on Twitter Thursday morning.

“Despite reports to the contrary, Sweden is paying heavily for its decision not to lockdown,” he tweeted. “As of today, 2462 people have died there, a much higher number than the neighboring countries of Norway (207), Finland (206) or Denmark (443). The United States made the correct decision!”

He stressed the point in response to another tweet linking to an article about Sweden’s coronavirus approach.

“Really? Have you looked at the numbers lately!” he tweeted.

In an interview with POLITICO on Wednesday, Swedish Minister for Foreign Affairs Ann Linde argued that “it’s not much use comparing” Sweden with Norway and other countries, noting the each country measures fatalities differently.