U.S. Public Debt Increases More In April Than During Entire 2019

The U.S. public debt increased at the fastest rate ever during April. Due to the negative economic impacts stemming from the global contagion, the U.S. Treasury increased the federal debt by a whopping $1.3 trillion in a single month.

The additional $1.3 trillion of U.S. public debt during April would purchase approximately one-third of all the physical gold investment bullion in the world, which currently stands at $4.1 trillion. In just one month (April), Uncle Sam’s printing press or digital monetary liquidity could purchase 750 million oz of gold. That 750 million oz of gold would be 67% of the total Central Bank Gold Reserves.

So, at some point, the Fed and central bank monetary insanity will come back to BITE THEM HARD.

According to the data from TreasuryDirect.gov, the U.S. public debt increased by $1,287 billion ($1.28 trillion) during April: 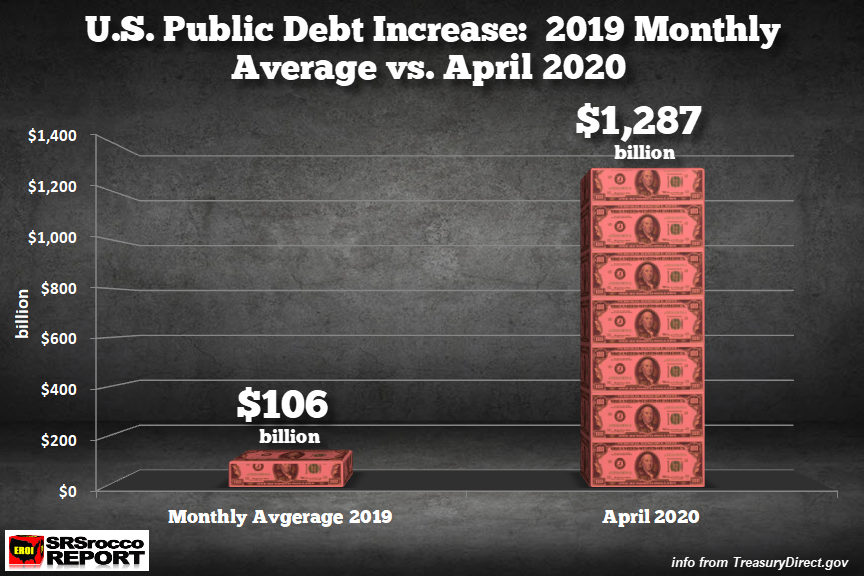 Now compare that to the average monthly…