Backlash to the backlash: Governors, medical officials wary of rush to reopen 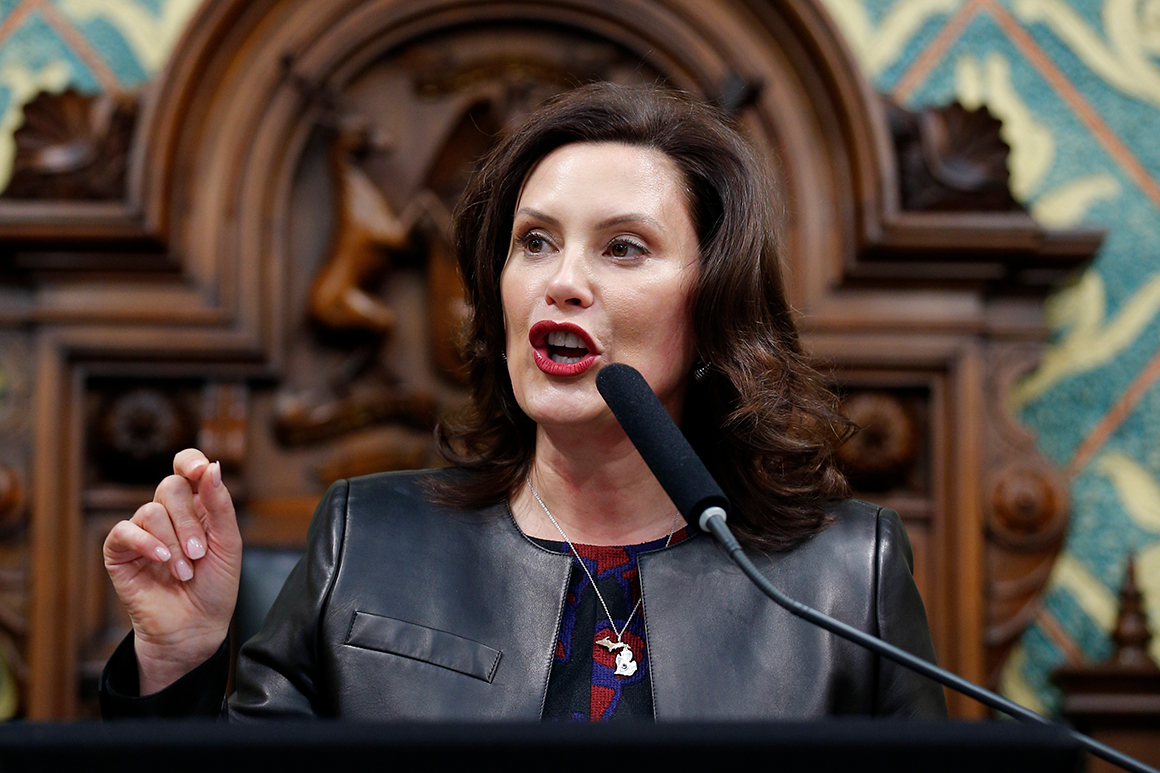 “There were only a few hundred protesters,” said Illinois Gov. J.B. Pritzker on CBS’ “Face the Nation” of agitation in his state. “And although, you know, they sometimes carry reprehensible signs and, you know, are attacking what we’re trying to do, we’re still trying to keep them healthy as we are the 12.7 million Illinoisans across the state.“

A protest Thursday in Lansing at Michigan’s Capitol featured gun-carrying protesters, some of whom were also displaying swastikas, nooses and/or Confederate flags. A group of protesters attempted to enter the legislative chambers, only to be stopped by police officers.“Some of my colleagues who own bulletproof vests are wearing them,” state Sen. Dayna Polehanki wrote on Twitter.

“Some of the outrageousness,” said Whitmer, “of what happened at our capitol this week depicted some of the worst racism and awful parts of our history in this country. The Confederate flags, and nooses, the swastikas, the behavior that you have seen in all of the clips is not representative of who we are in Michigan.“

Speaking on CNN’s “State of the Union,” Whitmer, a Democrat, defended her decision to maintain restrictions in her state. Her state’s chief medical officer, Dr. Joneigh Khaldun, defended them as well.

“We are still having parts of the state that are seeing an increase in the rate of rise in cases and we know that their hospital capacity is not what it should be,” Khaldun said on NBC’s “Meet the Press.” “We have to get our testing up.”

Whitmer said she understood what was at stake both in terms of public health and economic upheaval.

“This is a public health crisis that has taken the lives of over — of almost 70,000 Americans, has put 30 million people into unemployment. We have lost in the last 24 hours almost the same number of Americans that were killed on 9/11,” she told host Jake Tapper.

While defending their constitutional right to protest, she expressed concern over their failure to follow social-distancing guidelines. “We need to protect each other at the same time we’re voicing our discontent,” she said on “Fox News Sunday.”

The pandemic has frequently put states in conflict with each other and with the federal government in securing medical equipment. Maryland Gov. Larry Hogan on CNN’s “State of the Union” confirmed that his state had stationed National Guard troops to protect hundreds of thousands coronavirus tests his state had purchased from South Korea for use in Maryland.

“The question really came up about a week or so ago, when I was asked about the — flying the test kits in from South Korea, and we were very careful about that, because there had been several reports of shipments being intercepted or diverted by the federal government from a couple of my colleague governors from around the country,” Hogan told Tapper. “We wanted to make sure that that didn’t happen, which is why we had the National Guard and the state police, why we flew a Korean passenger plane into Baltimore Washington International, instead of Dulles, where they normally land. And we’re just — we’re guarding them.“

He did say the situation had improved. “It’s not a concern any longer, but it honestly, it was an issue that we were looking at as we flew them in,” he said.

Hogan has kept lockdown measures in place in Maryland, saying they remain necessary. He addressed remarks by Rep. Andy Harris, a fellow Republican, who told a rally Saturday: “I didn’t wake up in communist China. And I didn’t wake up in North Korea this morning. And, tomorrow morning, I should be able to go to the church of my choice and worship the way I choose.“

Hogan defended Harris’ right to protest but suggested his criticism was off-base.

“Congressman Harris, I’m not sure where he woke up yesterday morning, but maybe he confused North Korea and South Korea. South Korea is doing a great job on testing. And we just saved the lives of thousands of Marylanders by getting those half-million tests from Korea.“

Ohio Gov. Mike DeWine, who had been one of the first governors to place restrictions in his state, illustrated the hazards of the current debate over lockdown restrictions, explaining on ABC’s “This Week” why he had ordered residents to wear face masks in stores last week, then almost immediately reversed himself.

“It became clear to me that that was just a bridge too far,” the Ohio Republican said. “People were not going to accept the government telling them what to do. And so we put out dozens and dozens of orders, that was one that it just went too far. But at the same time we pulled that back, I said look this is — I highly recommend it.“

DeWine has allowed certain aspects of Ohio’s economy to reopen: On Monday, the state’s manufacturing and construction businesses will reopen, joined by consumer and retail stores on May 11.

“We’re trying to do it very carefully,” he told ABC’s Martha Raddatz.

“It is a balancing thing. We got to bring the economy back but we also have to continue to protect people. And one of the things I emphasize with Ohioans is it’s not so much my orders or the health director’s orders, it is what we all do in our individual lives and how careful we are.“

Rishika Dugyala and Sarah Cammarata contributed to this article.