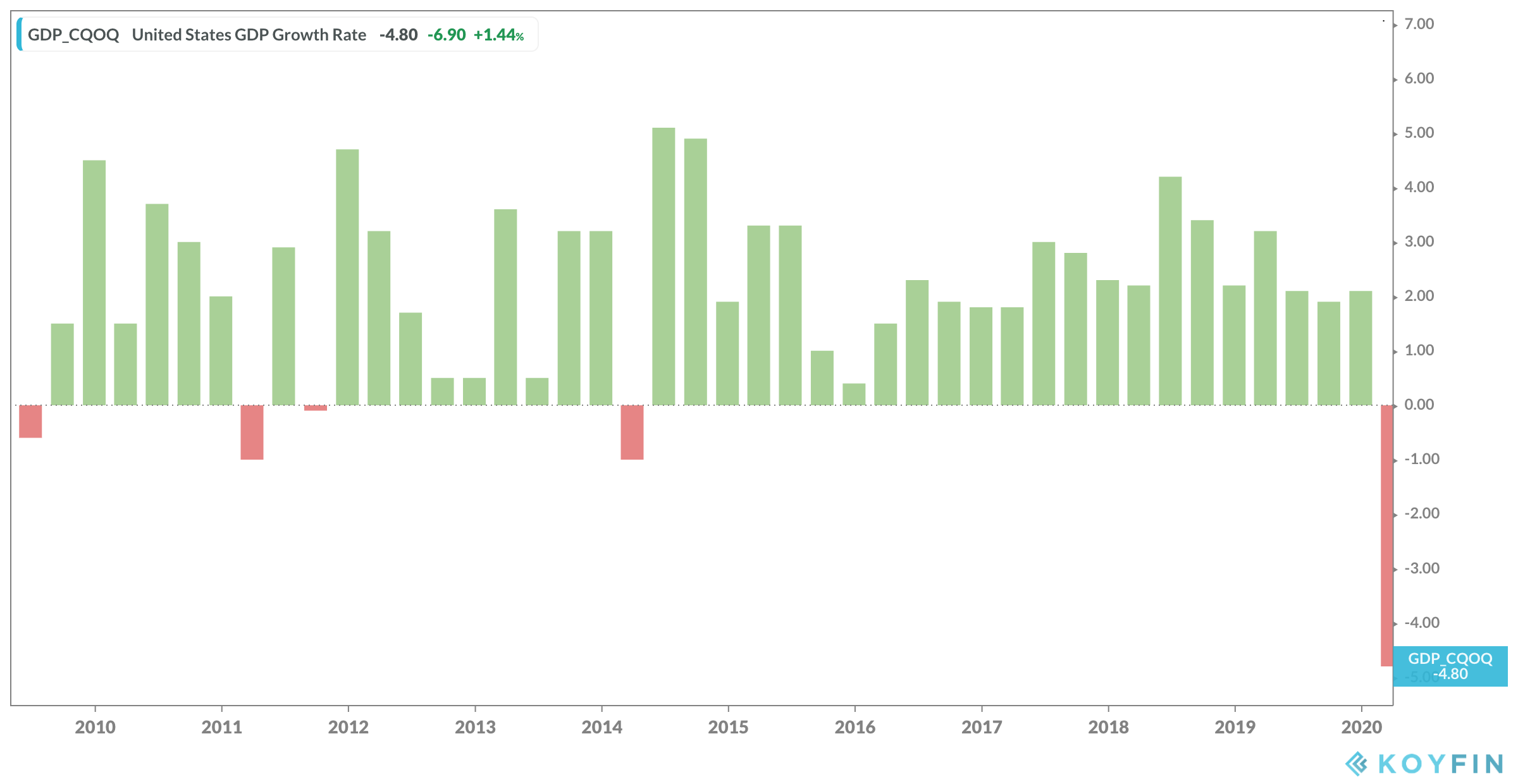 Consumer spending, which makes up more than two-thirds of U.S. economic activity, fell 7.6% in the first quarter. The drop in consumer spending marked the largest quarterly drop since the second quarter of 1980.

The Commerce Department’s Bureau of Economic Analysis cited shelter-in-place orders as negatively affecting GDP for the quarter, saying they “led to rapid changes in demand, as businesses and schools switched to remote work or canceled operations, and consumers canceled, restricted, or redirected their spending.”

As bad as all of that sounds, markets soared yesterday as headlines about…