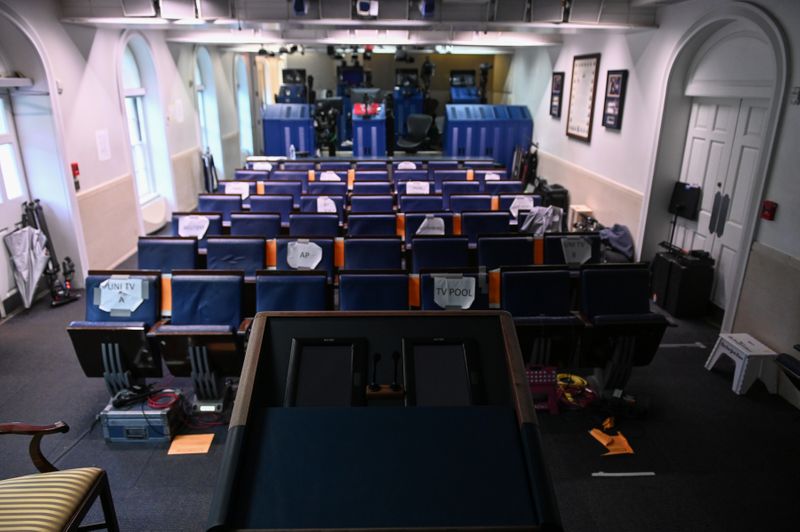 © Reuters. The White House briefing room is dark and empty after the coronavirus task force did not hold a briefing for the second day in a row in Washington

By Steve Holland and Doina Chiacu

WASHINGTON (Reuters) – U.S. President Donald Trump’s pause in holding White House coronavirus briefings only lasted the weekend as he took center stage in the Rose Garden on Monday to promote what he called a major expansion in testing for the virus.

Trump’s advisers have been arguing that the sessions, held nearly every day for more than a month, had begun to show him in an unfavorable light, particularly after Thursday when he asked his health experts whether disinfectants that kill the virus on surfaces might be used in patients as a treatment.

Some Republicans fear Trump is doing his re-election prospects more harm than good with appearances that often turn into harangues against reporters, and have watched his…