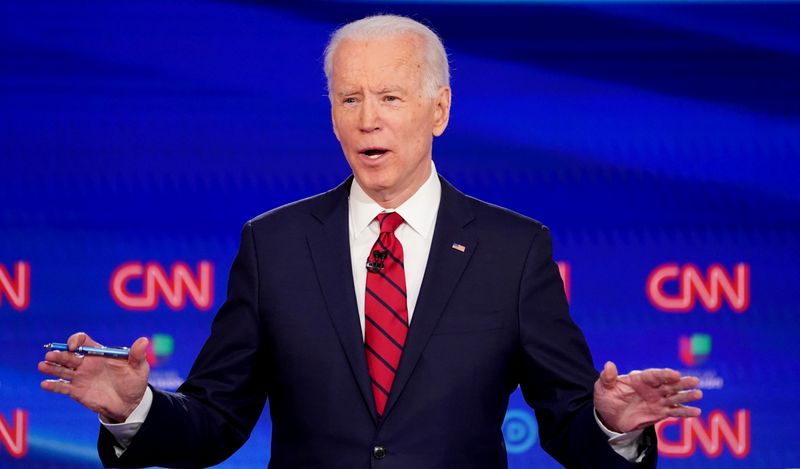 (Reuters) – Joe Biden’s U.S. presidential campaign and his Democratic Party allies have gone on an all-out offensive against President Donald Trump’s coronavirus response, betting it will be a winning issue with American voters in November.

Just weeks ago, Democrats were treading carefully as Trump commanded the spotlight with his daily briefings on the virus, hesitant to avoid looking too partisan as the pandemic took its toll on jobs and health.

Now Democrats believe weeks of Trump’s unfiltered media performances have done more harm than good for the Republican president seeking re-election on Nov. 3, and their aggressive response aims to expose what they see as his faulty handling of the crisis.