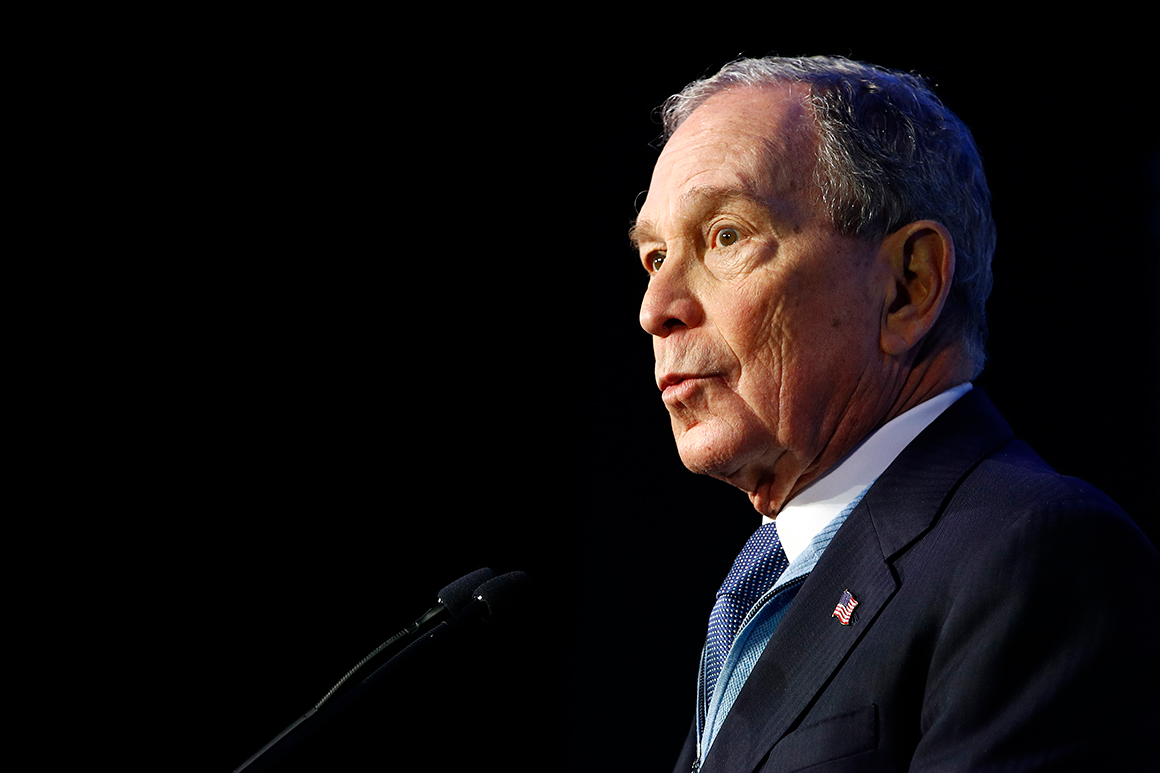 On Monday, Bloomberg’s human resources department reached out to the staff offering to pay for Cobra plans through November, according to an email shared with POLITICO. The note about retaining coverage through the federal program did not mention additional compensation.

“We hope you and your families are safe and well,” Bloomberg officials wrote in the email. “We know this continues to be a difficult and stressful time for everyone as we all aim to keep ourselves, our families and communities safe and healthy during the COVID-19 pandemic.”

“Given these extraordinary circumstances, the campaign will cover the cost of COBRA through November 2020.”

Peter Romer-Friedman, an attorney in one of the lawsuits against Bloomberg, said they were pleased the Bloomberg campaign agreed to provide health insurance benefits to the thousands of staffers it terminated, calling it “an important step in the right direction.”

“But the Bloomberg campaign must keep all of the promises it made to induce staffers to join the campaign, especially the promise to employ the staffers through the general election,” Romer-Friedman told POLITICO. “It’s not too late for the campaign to put these staffers back to work and make them whole. They are eager to get back to work, help defeat Donald Trump, and elect Joe Biden in November.”

Bernie Sanders’ former campaign for president has made all of its former employees eligible for $1,000 monthly stipends should they opt into Cobra. Other lawyers for the ex-Bloomberg aides said in prepared statements that they believe Bloomberg’s campaign was motivated to offer the health insurance benefits because of pressure from the lawsuits.

Gregg Shavitz, a partner with Shavitz Law Group and co-lead counsel in another of the cases, said lawyers recently filed a motion for unpaid overtime in addition to the wages they say were promised to them. More than 100 terminated staffers have joined that case.

“Bloomberg just needs to make good on his promise to pay these folks through November instead of offering half measures to try and make himself look better,” added Jason Smith, another attorney representing former aides in separate filings in Texas.

Bloomberg’s note informed staffers who have already signed up for Cobra at their own expensive that they don’t have to take any additional actions. Those who are uninsured and wish to sign up have 60 days from losing their coverage to do so.

MAGA hats and QAnon: Inside Trump’s first rally of 2022

Carville: Dems ‘whine too much,’ need to highlight accomplishments ahead of midterms

Kristi Noem’s on a Political Rocket Ship. But Don’t Rule Out a Crash.

MAGA hats and QAnon: Inside Trump’s first rally of 2022

Carville: Dems ‘whine too much,’ need to highlight accomplishments ahead of midterms

Kristi Noem’s on a Political Rocket Ship. But Don’t Rule Out a Crash.