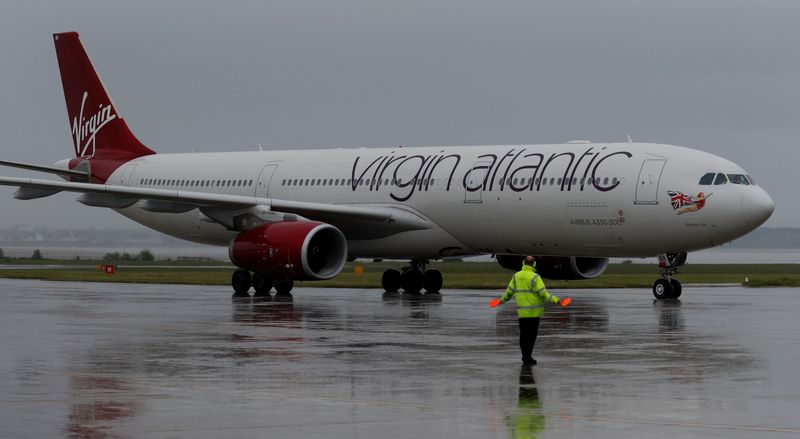 (Reuters) – Virgin Atlantic is still talking with the British government about a bailout package to cope with the devastating effects of the coronavirus outbreak on travel as well as focusing on private sector funding, a company spokeswoman told Reuters.

The comments came after the Sunday Telegraph reported https://www.telegraph.co.uk/business/2020/04/25/branson-races-find-virgin-atlantic-buyer that founder Richard Branson was seeking a buyer for the airline and had set a May-end deadline for a sale, and that talks with the government for a 500 million pound ($618.35 million) bailout package had been “effectively shelved.”

The spokeswoman said it was incorrect to say that the company has set a deadline to seek a buyer.

“Because of significant costs to our business caused by unprecedented…