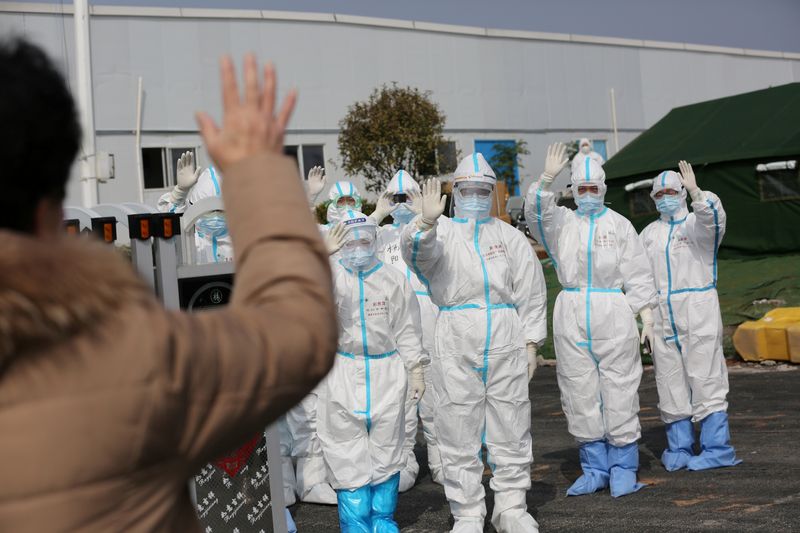 © Reuters. FILE PHOTO: Medical personnel in protective suits wave hands to a patient who is discharged from the Leishenshan Hospital after recovering from the novel coronavirus, in Wuhan

Of the new cases, 11 were imported, compared with two cases reported previously.

The commission also reported 29 new asymptomatic cases, slightly down from the previous day’s tally of 34. Four of these cases were imported.

The total number of confirmed cases in China is now 82,816. The death toll remained the same at 4,632, with no new deaths reported on April 24.

Disclaimer: Fusion Media would like to remind you that the data contained in this website is not necessarily real-time nor accurate. All CFDs (stocks, indexes, futures) and Forex prices are not provided by exchanges…