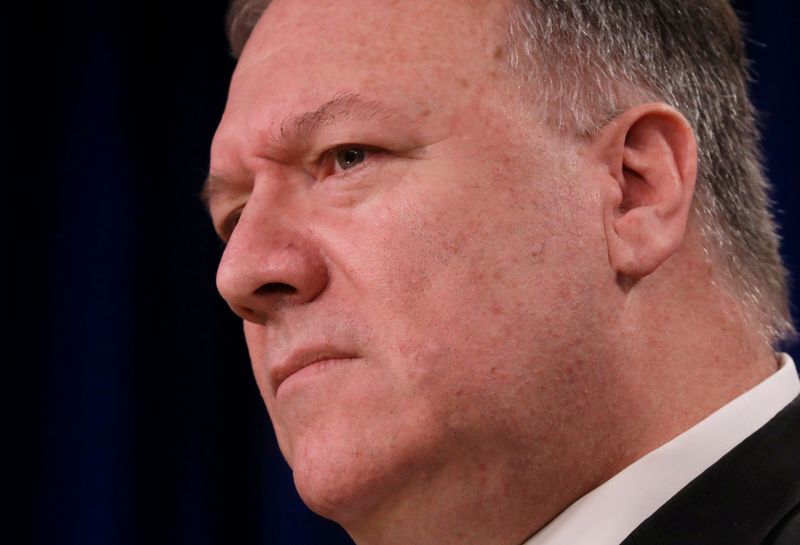 
By David Brunnstrom and Humeyra Pamuk

WASHINGTON (Reuters) – U.S. Secretary of State Mike Pompeo hit out at Beijing again on Wednesday over the coronavirus outbreak and accused it of taking advantage of the pandemic to bully neighbors, even as he welcomed China’s provision of essential medical supplies.

Pompeo told a news briefing that the United States “strongly believed” Beijing had failed to report the outbreak in a timely manner, in breach of World Health Organization rules, and had failed to report human-to-human transmission of the virus “for a month until it was in every province inside of China.”

Pompeo also said China had halted testing of new virus samples, “destroyed existing samples” and failed to share samples with the outside world, “making it impossible to track the disease’s evolution.”