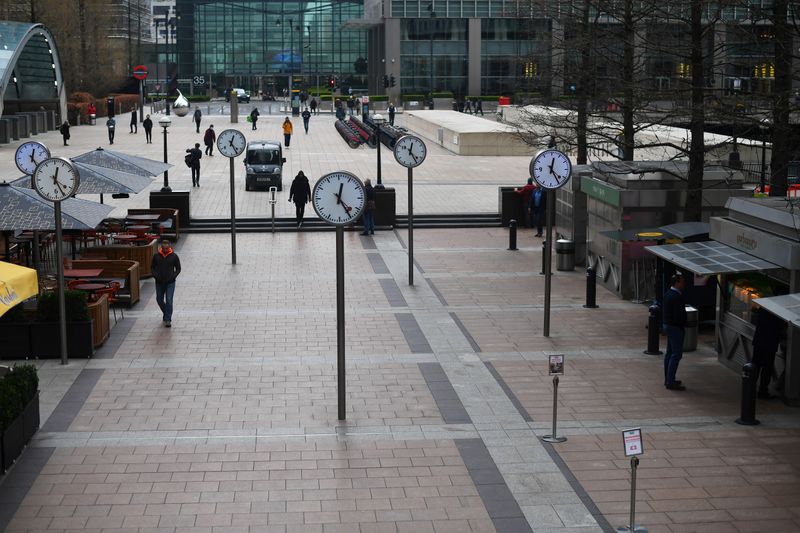 © Reuters. A usually crowded Canary Wharf is seen at lunchtime in London


LONDON (Reuters) – Half of large British employers are thinking of freezing pay or delaying annual increases for staff as the coronavirus shutdown hammers the economy, a survey published on Thursday showed.

Some 51% of the 400 organisations surveyed by XpertHR, a human resources data provider, said pay deals would be hit by the crisis, either via a freeze or by postponing the annual pay review until later in the year.

A further 33% were unsure what the impact would be and only 16% said there would be no influence.

“In the first few months of the year there was a clear upward trend in pay increases,” XpertHR pay and benefits editor Sheila Attwood said.

“However, we expect this to go no further, with pay pauses and pay freezes becoming commonplace as a result of the coronavirus crisis,” she added.

In the three months to the end of March, XpertHR recorded a 2.4%…