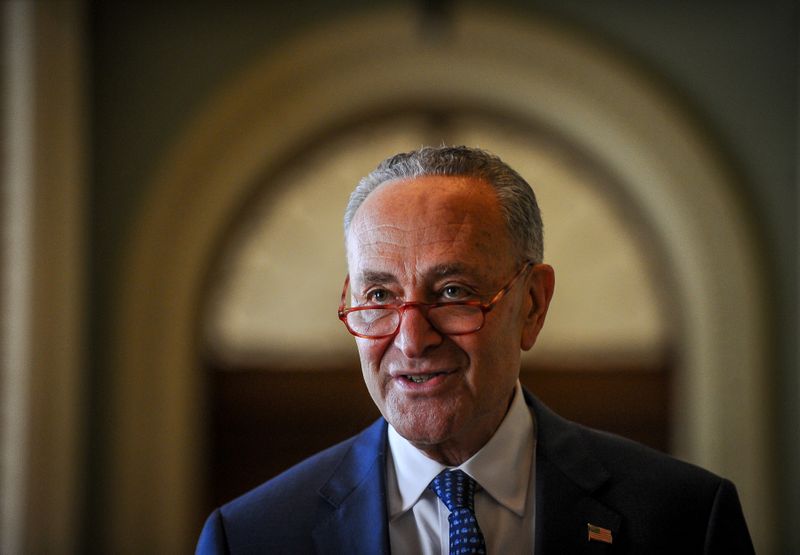 © Reuters. Schumer makes a statement after meetings to wrap up work on coronavirus economic aid legislation


By Susan Cornwell and Patricia Zengerle

WASHINGTON (Reuters) – U.S. congressional leaders said on Tuesday they were very close to announcing an agreement with the Trump administration on a new coronavirus relief deal worth more than $450 billion, and the White House has signed off on a national testing strategy.

“I believe we have a deal, and I believe that we will pass it this afternoon at 4 p.m. (2000 GMT),” Senate Democratic leader Chuck Schumer told CNN.

House of Representatives Republican Leader Kevin McCarthy said on Fox News that a deal had been reached.

Aides to the leaders of the two chambers, Republican Senate Majority Leader Mitch McConnell, and the Democratic House Speaker Nancy Pelosi, did not immediately comment. Earlier, Senate Republican aides cautioned there is no deal until one is announced.