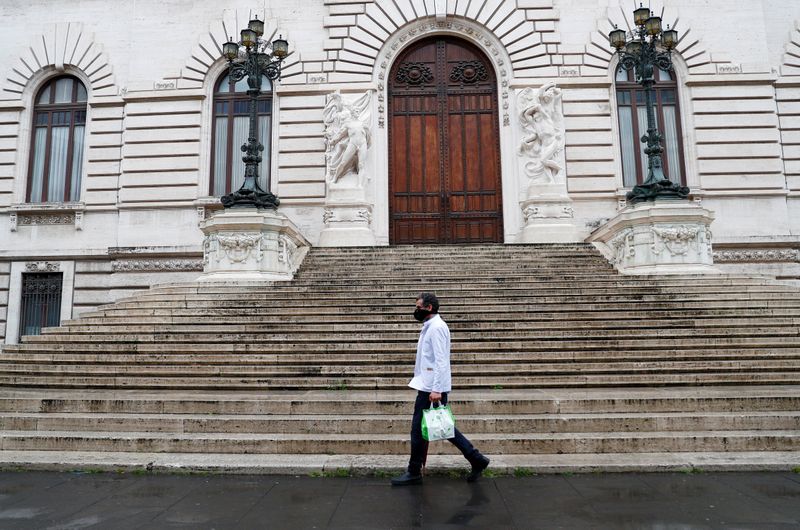 © Reuters. Spread of the coronavirus disease (COVID-19) in Rome

ROME (Reuters) – Deaths from the COVID-19 epidemic in Italy rose by 454 on Monday, slightly up on Sunday’s tally, while the number of new cases dropped to 2,256, the lowest level in well over a month, the Civil Protection Agency said.

The total death toll since the outbreak came to light on Feb. 21 rose to 24,114, the second highest in the world after that of the United States. Total confirmed cases stood at 181,228.

There were 2,573 people in intensive care on Monday against 2,635 on Sunday. Of those originally infected, 48,877 were declared recovered against 47,055 a day earlier.

New cases on Sunday totalled 3,047, while on Saturday, the figure stood at 3,491. Monday’s tally was the lowest since March 10, when the contagion was taking off across northern Italy.

By contrast, the latest death toll was up on Sunday, when the number came in at 433, but down on Saturday’s…