Comparing Today’s Market With The 1970s 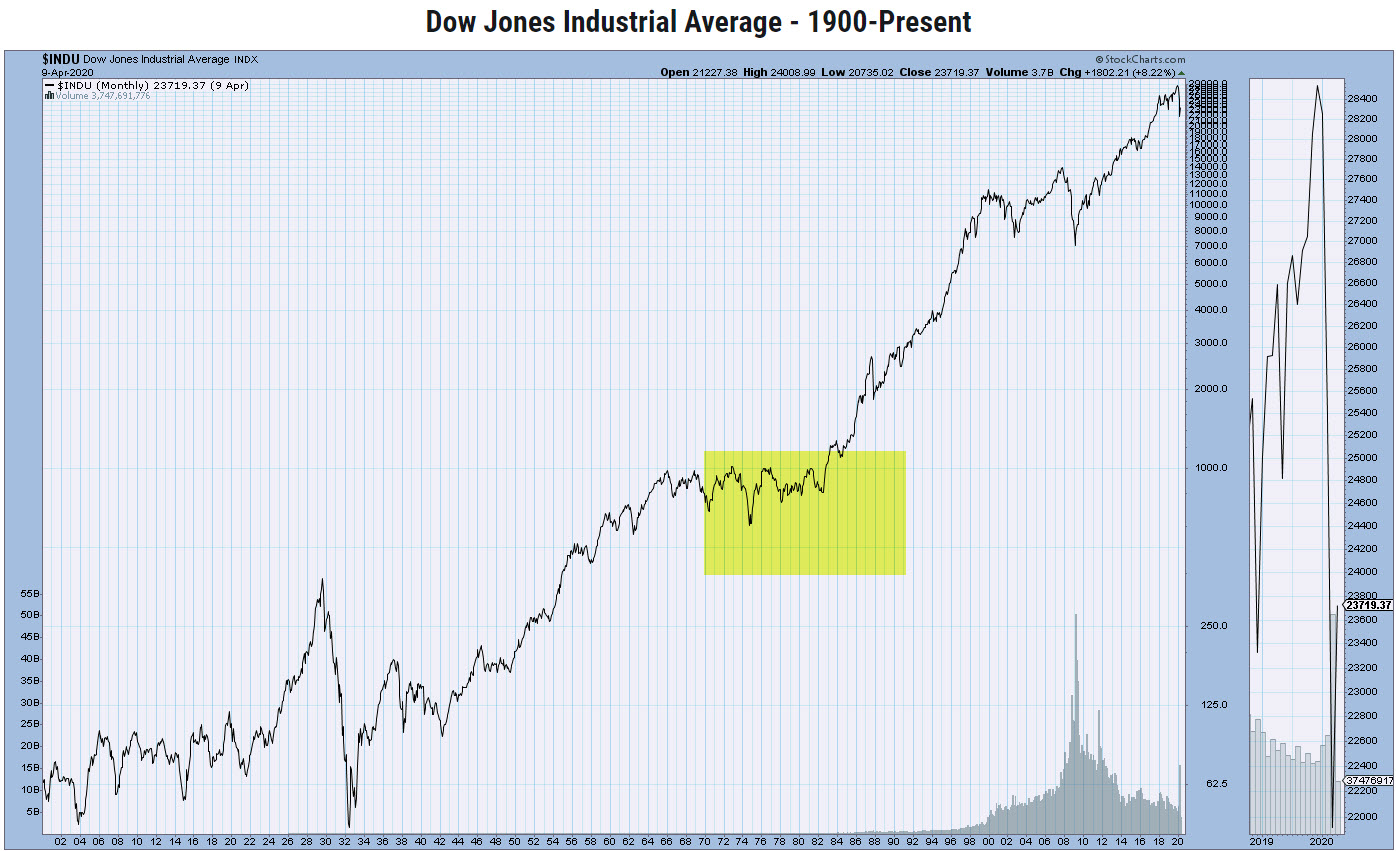 Many are calling the recent market activity similar to the great depression of the 1930s.

And clearly there are some comparisons.

But what did not exist in the 1930s was this level of QE.

During 1932, with congressional support, the Fed purchased approximately $1 billion in Treasury securities.

Now that the Fed has bought up debt to an unprecedented level and the government is spending trillions on stimulus, depression is not out of the question.

I show you (and I believe this is completely original and unique content) that there is a better comparison though, to the mid ’70s.

In the chart of the you can see the depression, which hit a nadir in 1932 then came roaring back.

Then, the first crisis hit with the Yom Kippur war.

Then came the oil embargo when OPEC formed and tripled prices.