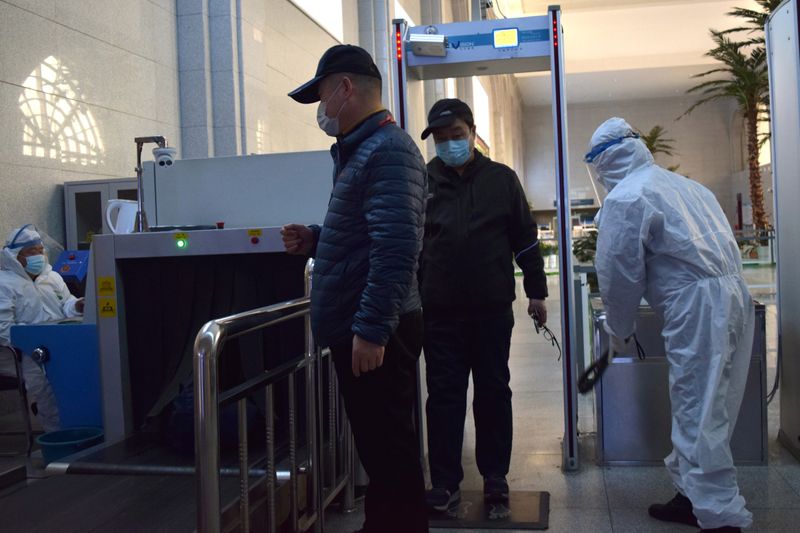 © Reuters. FILE PHOTO: Beds are seen in a ward at a makeshift hospital which is being converted from an office building to treat patients with the novel coronavirus disease (COVID-19) in Suifenhe, a city of Heilongjiang province on the border with Russia

BEIJING (Reuters) – China reported 16 new confirmed coronavirus cases on April 18, the lowest since March 17 and down from 27 a day earlier, according to data published on Sunday.

Despite the declines in new confirmed cases, authorities are still on guard against a major resurgence, which could be socially and economically destabilising.

Notably, the northeastern province of Heilongjiang has seen a surge in infected travellers arriving from Russia in recent weeks, and is now battling to contain a flare-up in local cases.

The data from China’s National Health Commission showed nine of the new cases reported on Saturday were imported infections, the lowest since March 13 and down from…