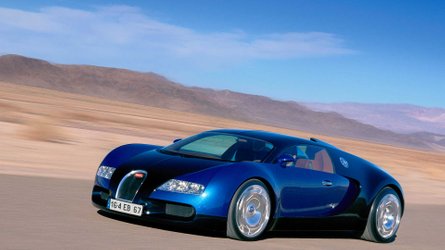 In 1997, on the “Shinkansen” express train between Tokyo and Nagoya, a sketch was created that would change the automotive world. Following a discussion with the then Head of Powertrain Development at VW, Karl-Heinz Neumann, he drew on an envelope – he had had the idea for a long time – an engine with 18 cylinders. Powerful, strong and better than anything else. The man was Ferdinand Karl Piëch, a gifted engineer and long-time CEO and Chairman of the Volkswagen Group – and the driving force behind the development of the Bugatti Veyron 16.4.

The first hyper sports car of modern times was a true pioneering achievement and wrote automotive history at its launch in 2005. The coupé was the first series production car to produce more than 1,000 PS and to drive faster than 400 km/h. The Veyron was an engineering masterpiece. Its development however was as much a historic achievement as the Veyron itself.

The idea – an extraordinary engine