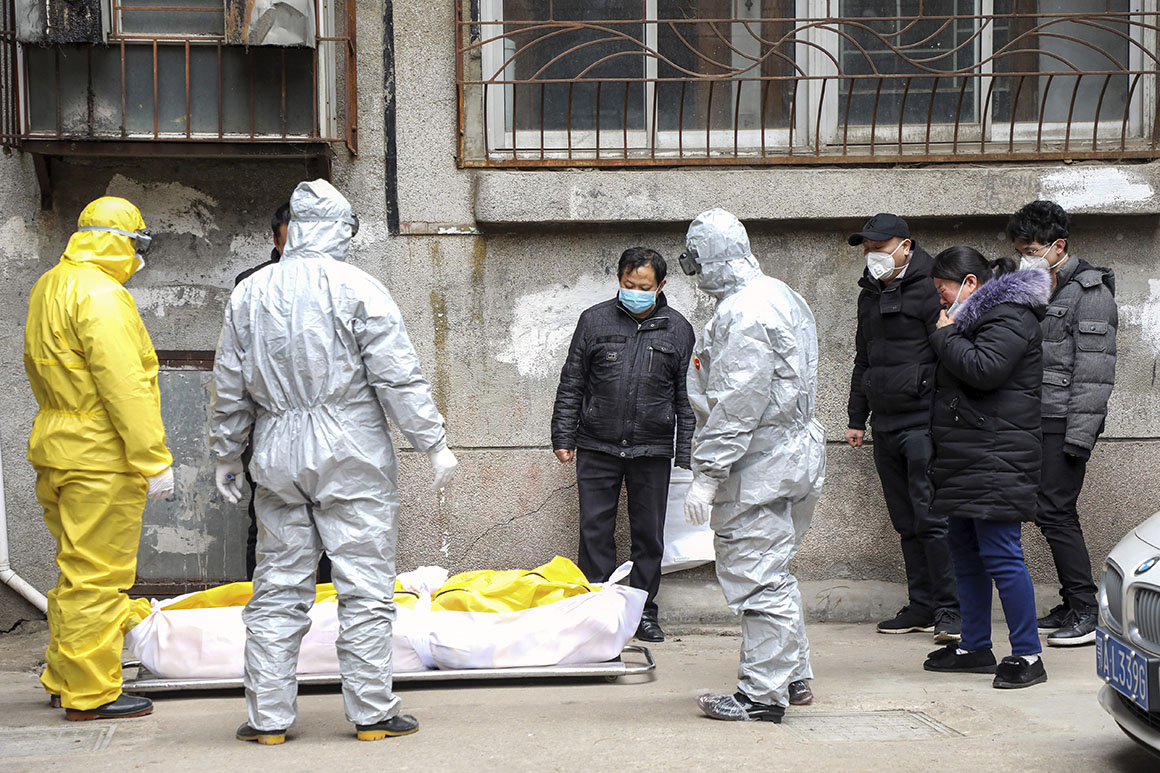 The undercount stemmed from several factors, according to a notification issued by Wuhan’s coronavirus response headquarters and published by the official Xinhua News Agency.

The reasons included the deaths of people at home because overwhelmed hospitals had no room for them, mistaken reporting by medical staff focused on saving lives, and deaths at a few medical institutions that weren’t linked to the epidemic information network, it said.

“As a result, belated, missed and mistaken reporting occurred,” Xinhua quoted an unidentified official from the city’s response headquarters as saying.

Deaths outside hospitals were not registered previously and some medical institutions reported cases late or not at all, the official said.

A group to review the numbers was established in late March. It looked at data from multiple sources including the city’s hospital and funeral service systems and collected information from fever clinics, temporary hospitals, quarantine sites, prisons and elderly care centers.

The review found 1,454 additional deaths, as well as 164 that had been double-counted or misclassified as coronavirus cases, resulting in a net increase of 1,290. The number of confirmed cases in the city of 11 million people was revised up slightly to 50,333.

Questions have long swirled around the accuracy of China’s case reporting, with Wuhan in particular going several days in January without reporting new cases or deaths. That has led to accusations that Chinese officials were seeking to minimize the impact of the outbreak and could have brought it under control sooner.

A group of eight medical workers, including a doctor who later died from the virus, were even reprimanded and threatened by police after they tried to alert others about the disease over social media.

Chinese officials have denied covering up cases, saying their reports were accurate and timely. However, the U.N.’s World Health Organization has come under criticism for defending China’s handling of the outbreak and U.S. President Donald Trump has suspended funding to WHO over what he alleges is its pro-China bias.

Trump’s blaming of China came after he initially showered praise on Chinese President Xi Jinping for the country’s response, while largely dismissing the risk it posed to the U.S.

At the start of the outbreak, China proceeded cautiously and largely in secret, emphasizing political stability. Experts estimate more than 3,000 people were infected before China’s government told the public about the gravity of the situation, which officials had concluded six days earlier.

The risk of sustained human-to-human transmission was also downplayed, even while infected people entered hospitals across the country and the first case outside China was found, in Thailand.

As Trump and other U.S. officials and lawmakers started blaming China for the outbreak, Chinese officials sought to shift blame back to the U.S. “It might be US army who brought the epidemic to Wuhan,” foreign ministry spokesman Zhao Lijian tweeted in March, picking up on an unsubstantiated conspiracy theory.