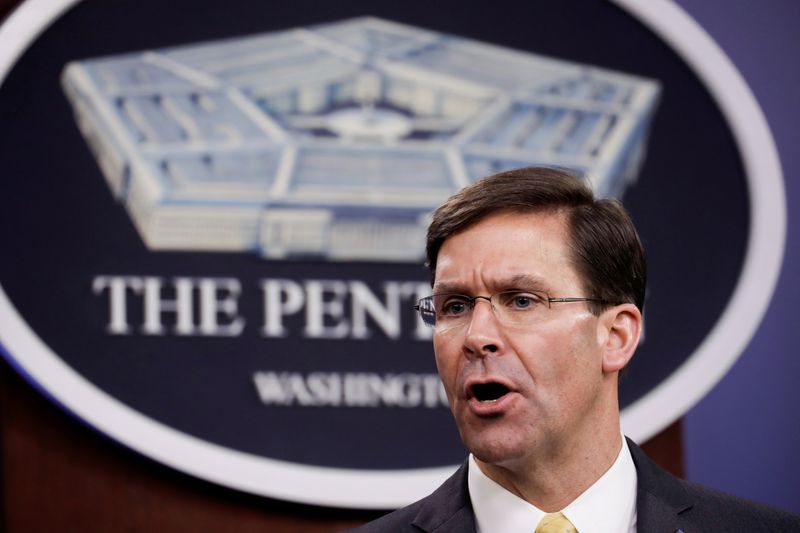 
WASHINGTON (Reuters) – U.S. Defense Secretary Mark Esper said on Thursday he believes China’s leaders have been misleading and opaque about the coronavirus outbreak that originated there and does not trust that they are being truthful even now.

Continuing the Trump administration’s criticism of China’s handling of the virus outbreak, Esper told NBC’s “Today” show he finds it difficult to believe information from the Chinese Communist Party.

“They’ve been misleading us, they’ve been opaque if you will from the early days of this virus. So I don’t have much faith that they’re even being truthful with us now,” he said.

Disclaimer: Fusion Media would like to remind you that the data contained in this website is not necessarily real-time nor accurate. All CFDs (stocks, indexes, futures) and Forex prices…