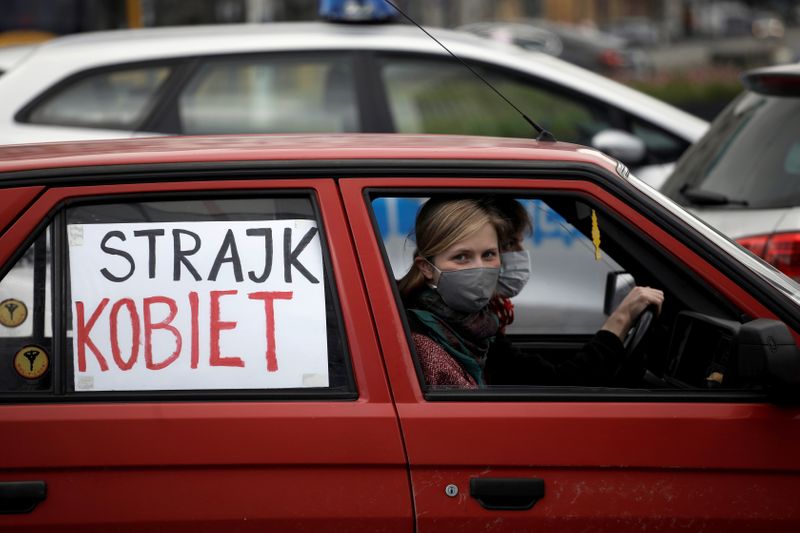 © Reuters. Women drive their car with a “Women’s Strike” banner in protest against the Polish Parliament to debate new limits on abortion and sexual education in Warsaw

By Anna Koper and Anna Wlodarczak-Semczuk

Abortion rights are a contentious issue in Poland, one of Europe’s most devout nations, with the nationalist ruling Law and Justice (PiS) party keen to burnish its conservative credentials despite considerable public opposition to further restrictions.

Proposed as a citizens’ initiative, the draft legislation would ban abortion if prenatal tests show serious, irreversible damage to the foetus, one of the few instances in which the procedure is allowed in Poland. Others are incest, rape and…