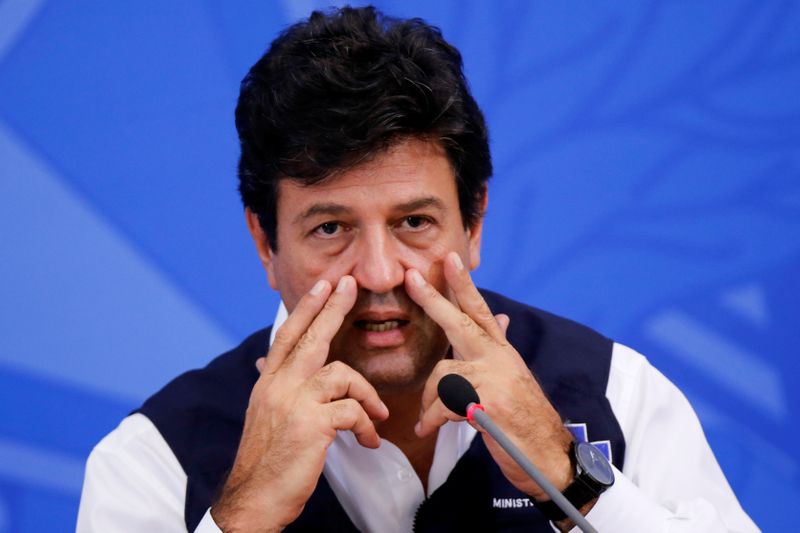 
SAO PAULO (Reuters) – Brazil’s health minister urged the government to speak with a unified voice in its fight against the new coronavirus, calling out President Jair Bolsonaro for downplaying the threat ahead of what are likely to be the two toughest months for the outbreak.

In an television interview airing late on Sunday, Health Minister Henrique Mandetta also criticized people for gathering in public without referring directly to Bolsonaro, who hit the streets over the weekend, drawing crowds and greeting followers.

“I hope we can speak with a single, unified message, because otherwise Brazilians end up doubting. They don’t know whether to listen to the health minister, the president. Who should they listen to,” Mandetta said.

Although the minister dodged what many expected…