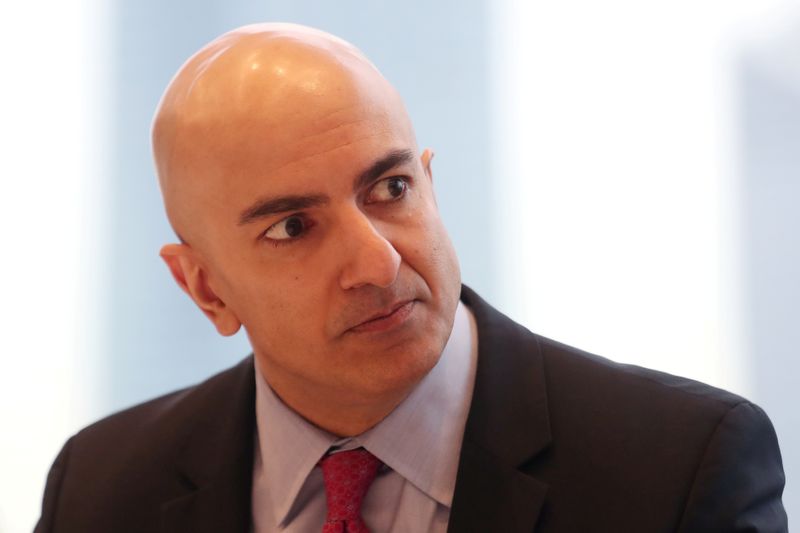 © Reuters. President of the Federal Reserve Bank on Minneapolis Neel Kashkari listens to a question during an interview in New York

(Reuters) – The U.S. economic recovery from the disruptions caused by the novel coronavirus outbreak will likely be a “long, hard road” in which some parts of the economy will periodically shut down and restart, Minneapolis Federal Reserve Bank President Neel Kashkari said on Sunday.

In an interview on CBS’s “Face the Nation,” Kashkari said projections for a quick economic turnaround were overly optimistic unless a treatment for COVID-19, the disease caused by the coronavirus, became available in the next few months.

“This could be a long, hard road that we have ahead of us until we get to either an effective therapy or a vaccine,” he said, according to a CBS transcript. “It’s hard for me to see a V-shaped recovery under that scenario.”

Kashkari’s comments came amid signals from President Donald Trump that…