‘By December, we are going to go through this again’ 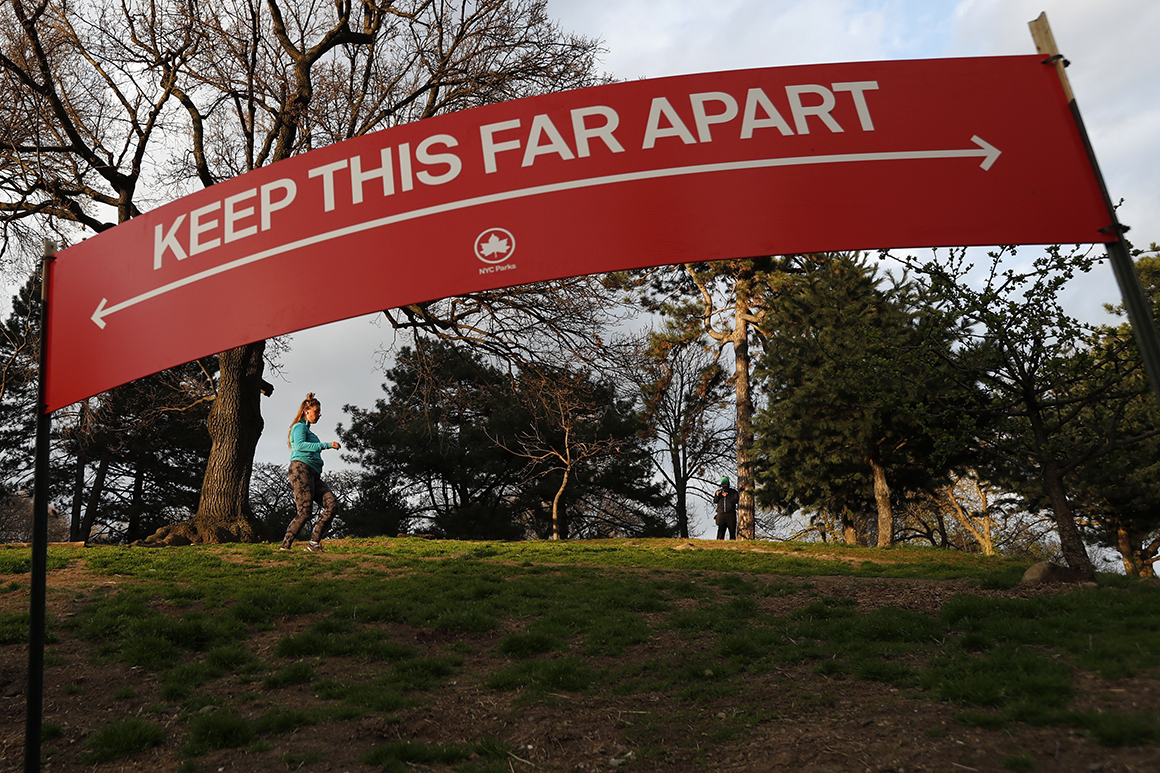 Anna Palmer: There are more than 320,000 confirmed Covid-19 cases in the U.S. How concerned are you at this moment?

Dr. Janis Orlowski: The U.S. needs to continue to prepare ourselves, because the number of cases will continue to rise until mid to late April. My colleagues and I looked at statistics, and we expect that there will be a continual rise until around April 16th, April 17th. The numbers are beginning to say this is likely where the peak of the epidemic is going to be. We need to continue to prepare our health care systems and our health care workforce for what is going to be a continual rise in cases at least for the next two weeks, and then a sustained number of cases probably for, I’d say, seven weeks after that.

Palmer: It’s almost like there’s two different crises happening right now: the pandemic itself, then there’s also this shortage of medical supplies and equipment. First, tell us about PPE.

Dr. Orlowski: So, PPE is “personal protective equipment,” and in a hospital, there’s multiple different levels of PPE. If I went in to see a patient who had, say, an infectious diarrhea, the sign on the door would say what level of protection I need to wear — you need to wear a gown when you go in here, you need to wear gloves, and when you leave, you have to wash your hands with soap and water, for example.

For someone who’s a Covid-19 case, the requirements are that you need to wear an N95 respirator. You have to have your eyes covered. You have to have a gown — either a paper or a cloth gown — over your clothes. You have to have gloves on. We have been caught woefully short of PPE in the United States, even though people thought we were prepared.

Palmer: Talk about that. We hear about this as a problem, but can you put it in any sort of context? What’s the difference between the amount normally used, and the amounts that are going to be needed in the next couple of weeks?

Dr. Orlowski: I’m gonna give you rough numbers. On average in the United States, we use 20 million N95 respirators in a year. There was an initial estimate that we would need between 60-80 million respirators because of the [coronavirus] infection. Right now, we’re thinking we need probably 100-150 million respirators. Those numbers, a couple of weeks ago, sounded crazy. But they don’t sound crazy now as we take a look at the spread in the United States.

Of the 20 million used every year, U.S. manufacturers probably make about 2–4 million. And the rest of the N95 respirators come from outside of the country, principally from China. China was the first place that was hit. They closed their manufacturers down. And so we turned to the U.S. manufacturers and said, ‘You guys have to get going; you’ve got to be making a lot more than 2-–4 million.’ And they said, ‘OK, we’re going to rev it up. We’re going to make 400 percent more than usual.’ Well, even if they rev it up from 2 million to 8 million, or from 4 million up to 10 or 12, that is a dent in the total number that we need.

Part of what we’re looking at right now is: How do we fill that gap? Now, there were N95 respirators in the national strategic stockpile — not enough, but part of the gap is filled with the stockpile. We also note that the Department of Defense released their stockpile. So that goes into the gap. And then, about a week ago, the CDC said, we have medical-grade N95 respirators, but we also have these N95 respirators for people who put up wallboard and sand it down, and those are good enough to be used in this medical crisis. All of that is good, but that doesn’t get us up to 100 million or 150 million. And that’s where our gap comes from.

Palmer: There’s also the issue of ventilators, there’s ICU beds — can you explain to the layperson why we’re in this situation? Was it under-preparedness? What made it so that we weren’t able, as a country, to be prepared for this crisis?

Dr. Orlowski: There’s a number of reasons. First of all, I would say that we have become prepared in this country after major events. So, for example, after 9/11, there was a lot of preparedness money out there. After the Ebola crisis several years ago, again there was a ramp-up: How do we get ready? What do we do? There are groups of hospitals, particularly teaching hospitals, that have remained ready; dollars were given to institutions to remain at ready-alert status. So what did they do? They bought ventilators. They had training for their folks. They bought respirators. They bought PPE.

Not everyone continued the preparedness, because over the last couple of years, there has been, as I said, a loss of those preparedness dollars, but also a lot of emphasis on trying to save money in hospitals. More than 100 rural hospitals have closed. Hahnemann Hospital in Philadelphia closed. There’s been a real crunch financially, not on all hospitals and health systems, but on quite a few of them. They spent their money on the problems of today and not saying, ‘you know, let’s take a bunch of money and work on our preparedness.’

Palmer: The AAMC has been out in front on this idea of bringing back retired doctors and nurses to help with the crush of patients at this time. Walk us through that: why is that needed?

Dr. Orlowski: The AAMC has been talking about the physician shortage for years. You take a look: Italy has more physicians per 10,000 patients [than the U.S.]. So we start at a low number. Starting with this low ratio of doctors per 10,000 patients, even to keep us at the current level, as we see the U.S. population grow and age, we are going to need more doctors. We’re in an abnormal situation right now, where our need goes beyond our current workforce. And that is why we are calling for retired physicians coming in.

Palmer: Is there any concern that these retirees are part of a population that’s particularly high-risk, given Covid-19 and the fact that people who are older often die at a much higher rate?

Palmer: You’re dealing with the federal government. What’s your reaction to how the Trump administration has handled this? There have been several people in your field who’ve been pretty critical.

Dr. Orlowski: Yes. I think the problem with the masks is that it’s hard to have an order that everyone wear masks when there’s not enough PPE in the hospitals. Now, online, you see masks that people can make, and scarves and whatnot. I think it was late.

Palmer: This is a moment where people are uncertain about what the future holds on pretty much every front. A lot of people are understandably curious and concerned about when life is going to return to normal. Any sense of when that might be?

Dr. Orlowski: I believe that we’re going to return to a semi-normal life at the end of May — Memorial Day. But the other thing that I would say is that we have to prepare ourselves to go through a similar exercise in the fall, in the late fall. If you take a look at the 1918-1919 influenza pandemic, and if you take a look at how coronavirus is acting, this is not just the winter and spring of 2020. Probably late November, by December, we are going to go through this again.

To hear more, listen to the full podcast episode here. Women Rule takes listeners backstage with female bosses for real talk on how they made it and what advice they have for women looking to lead.