Opinion | Blaming the WHO and China Is Not Scapegoating 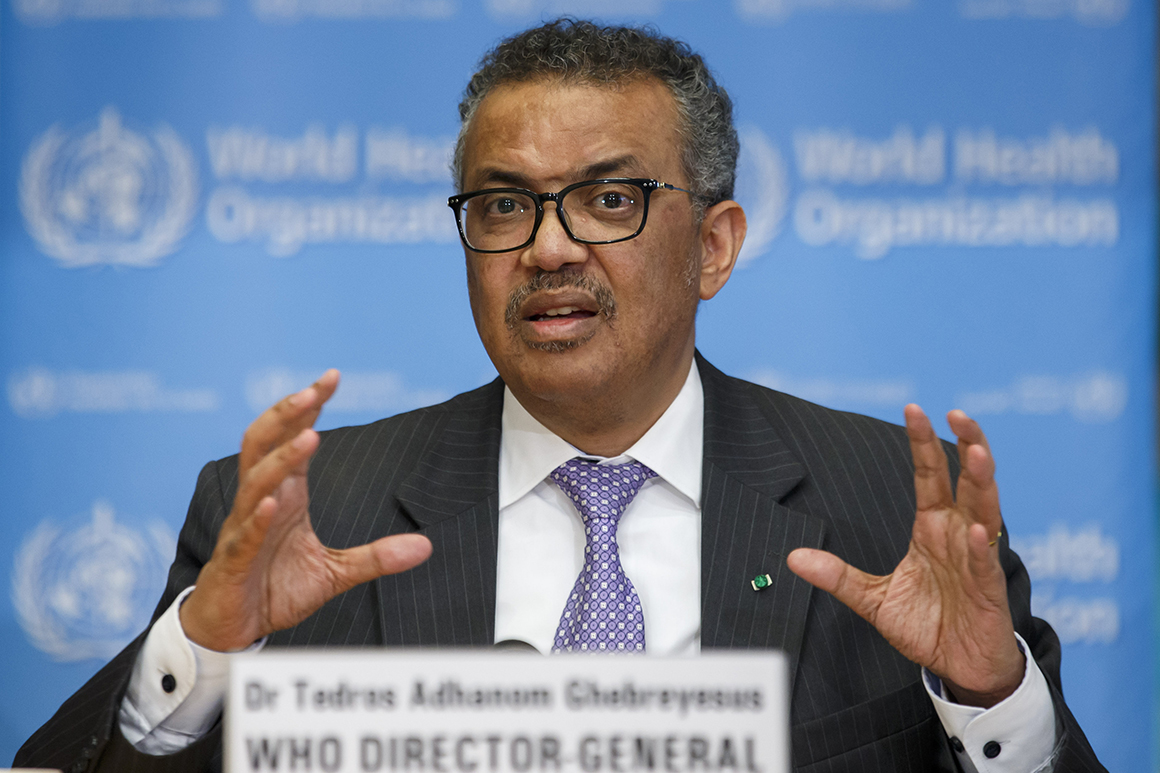 Yet none of this detracts from the force of his critiques of China (although he blows hot and cold on that) and the WHO, which are at the center of this international catastrophe and must be held to account.

Without China’s deceit and WHO’s solicitude for Beijing, the outbreak might have been more limited, and the world at the very least would have had more time to react to the virus. China committed unforgivable sins of commission, affirmatively lying about the outbreak and punishing doctors and disappearing journalists who told the truth, whereas the WHO committed sins of omission—it lacked independence and courage at a moment of great consequence.

In effect, China and the WHO worked together to expose the rest of the world to the virus, at the same time they downplayed its dangers.

China acted as you’d expect. Countries that run gulags for religious minorities typically aren’t noted for their good governance and transparency. Chernobyl-type cover-ups are what they do. The purpose of the Chinese Communist Party isn’t to protect its citizens, let alone the welfare of other countries, but to do whatever seems best-suited to maintain its dictatorial grip on power at any given moment.

The WHO is supposed to be different. It says its values “reflect the principles of human rights, universality, and equity.” According to its constitution, “The health of all peoples is fundamental to the attainment of peace and security and is dependent on the fullest co-operation of individuals and States.”

But it’s hard to see how the WHO would have acted any differently if its constitution contained a proviso stipulating that it should validate Chinese propaganda as much as possible, especially in a world-threatening outbreak of a dangerous new virus.

On Jan. 14, WHO tweeted that “preliminary investigations” by Chinese authorities had found no evidence of human-to-human transmission of the coronavirus. Several days later, it reported “limited” human-to-human transmission, although it downplayed the finding as typical of respiratory illnesses. So, the WHO endorsed China’s narrative during the crucial early days of its cover-up.

Then, the WHO declined to call the outbreak in China a public health emergency of international concern on Jan. 22, at the same time there were confirmed cases in Taiwan, Australia, Japan, Thailand, and South Korea. After the WHO finally declared the emergency, it proceeded to drag its feet on declaring a pandemic, waiting until March 12.

One of the worst things China did was seal off Hubei province from the rest of the country while flights continued around the world. Was the WHO concerned about that? No, it was fully on board. As a headline in Reuters put it in early February, “WHO chief says widespread travel bans not needed to beat China virus.”

In the course of issuing stern warnings against travel restrictions, WHO Director-General Tedros Adhanom Ghebreyesus opined that if “it weren’t for China, the number of cases outside China would have been very much higher.” At the time, a Chinese official harshly criticized travel restrictions, reminding everyone that “all these measures are seriously against recommendation by the WHO.”

Incredibly enough, in late January, Tedros was praising Chinese officials for “the transparency they have demonstrated.” A team of experts lauded China’s response after a mid-February visit to Wuhan, contributing to Beijing’s storyline that it succeeded in containing the virus where everyone else has failed. Despite the emerging consensus that China has lied about its number of cases and deaths, and despite China’s refusal to share key information about the virus, WHO hasn’t said a discouraging word about China’s actions.

It’s been resolute, though, in excluding Taiwan from its workings, just as Beijing dictates. From a public health perspective, this has it exactly backward. Taiwan has proved quite adept at controlling outbreaks and got this one exactly right, in large part because it didn’t believe anything that China or the WHO said.

In a better world, Tedros would resign immediately and the U.S. would make its continued, ample funding of the organization dependent on his departure.

But that’s not the way United Nations organizations work. Some speculate that Tedros might well be contemplating an eventual bid for secretary general of the U.N., which would put not offending Beijing high on his list of priorities.

Trump takes more than his share of potshots, but that doesn’t mean he’s always off the mark. China and the WHO aren’t scapegoats, but genuine malefactors who deserve all the obloquy the president, and anyone else, can heap on them.