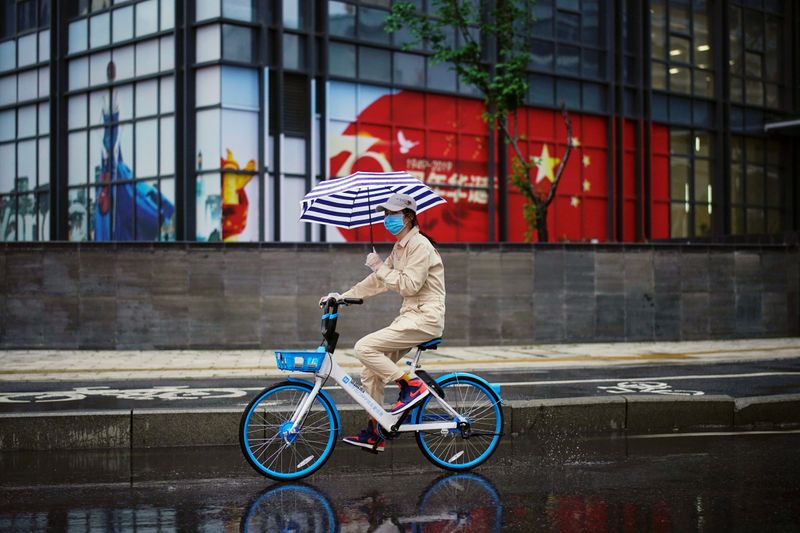 © Reuters. Woman rides a shared bicycle past an image of the Chinese flag in Wuhan

In addition, highlighting another major source of risk, newly reported asymptomatic coronavirus cases nearly doubled to 63 on April 11, from 34 the previous day, according to China’s National Health Commission (NHC).

Almost all the new infections – the biggest daily count since March 6 – involve travelers from overseas. Just two out of the 99 cases were locally transmitted.

Shanghai, China’s commercial hub, contribute to more than half of the imported cases. The city reported 52 new coronavirus cases on April 11, all involving Chinese nationals traveling from overseas, the municipal health commission said…