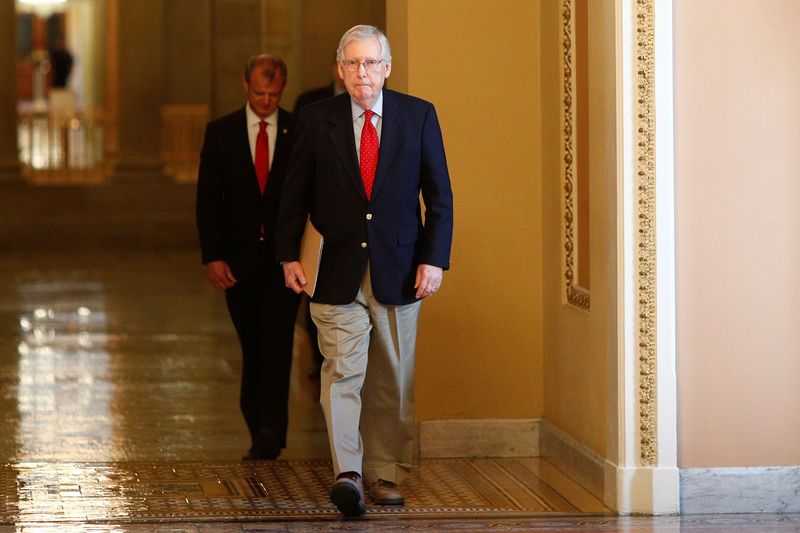 © Reuters. Senate Majority Leader McConnell speaks to members of the news media after departing from the Senate Chamber floor on Capitol Hill in Washington

WASHINGTON (Reuters) – The two top Republicans in the U.S. Congress vowed on Saturday to oppose Democrats’ demands to match a $250 billion proposal to aid small businesses during the coronavirus pandemic with the same amount for hospitals and state and local governments.

“American workers are in crisis,” McConnell and McCarthy said. “This will not be Congress’s last word on COVID-19, but this crucial program needs funding now. American workers cannot be used as political hostages.”