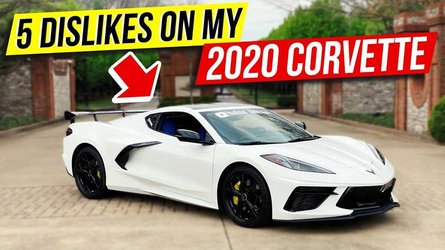 No car out there is perfect – that’s something we absolutely agree with. Even the best vehicles we’ve tested (or owned) have their own little flaws and that’s just normal. With that said, what could be the negative points of a brand new, 2020 Chevrolet Corvette C8? We’ll let one owner explain.

Honestly, we’ve already heard quite some criticism about the mid-engine Corvette but that doesn’t mean it isn’t a great car. That’s exactly what Chevy Dude explains in his latest video, saying that the new ‘Vette is even more than what he dreamed about. Here are the five things he doesn’t like about the car.

This first thing is really, really small but we do agree it can be fixed for the next model year. When the front-facing camera is activated, it doesn’t feature the guiding lines you have on the infotainment system when reversing. This should be an easy fix for GM’s engineers since some late C7 models had that feature. One other…